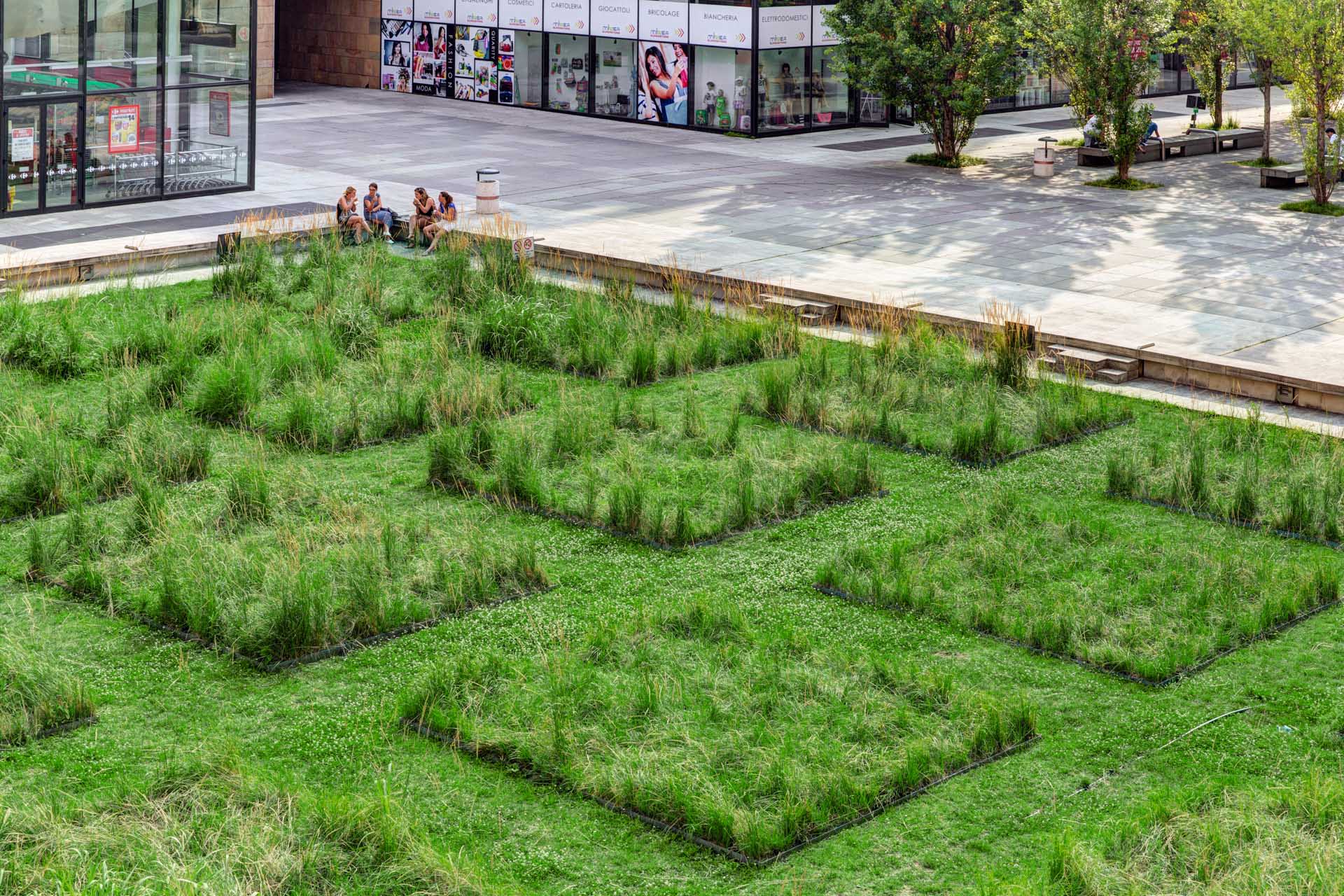 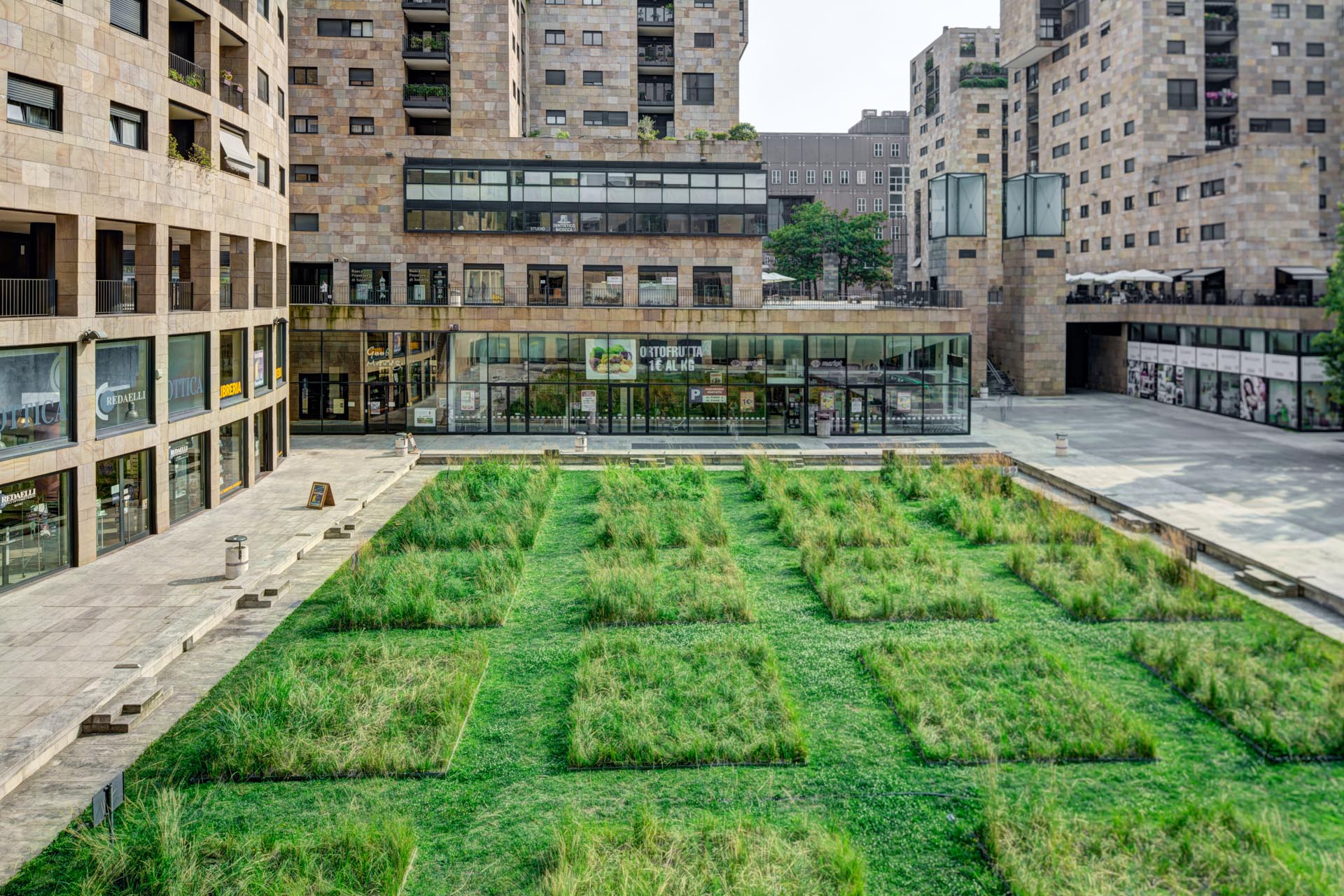 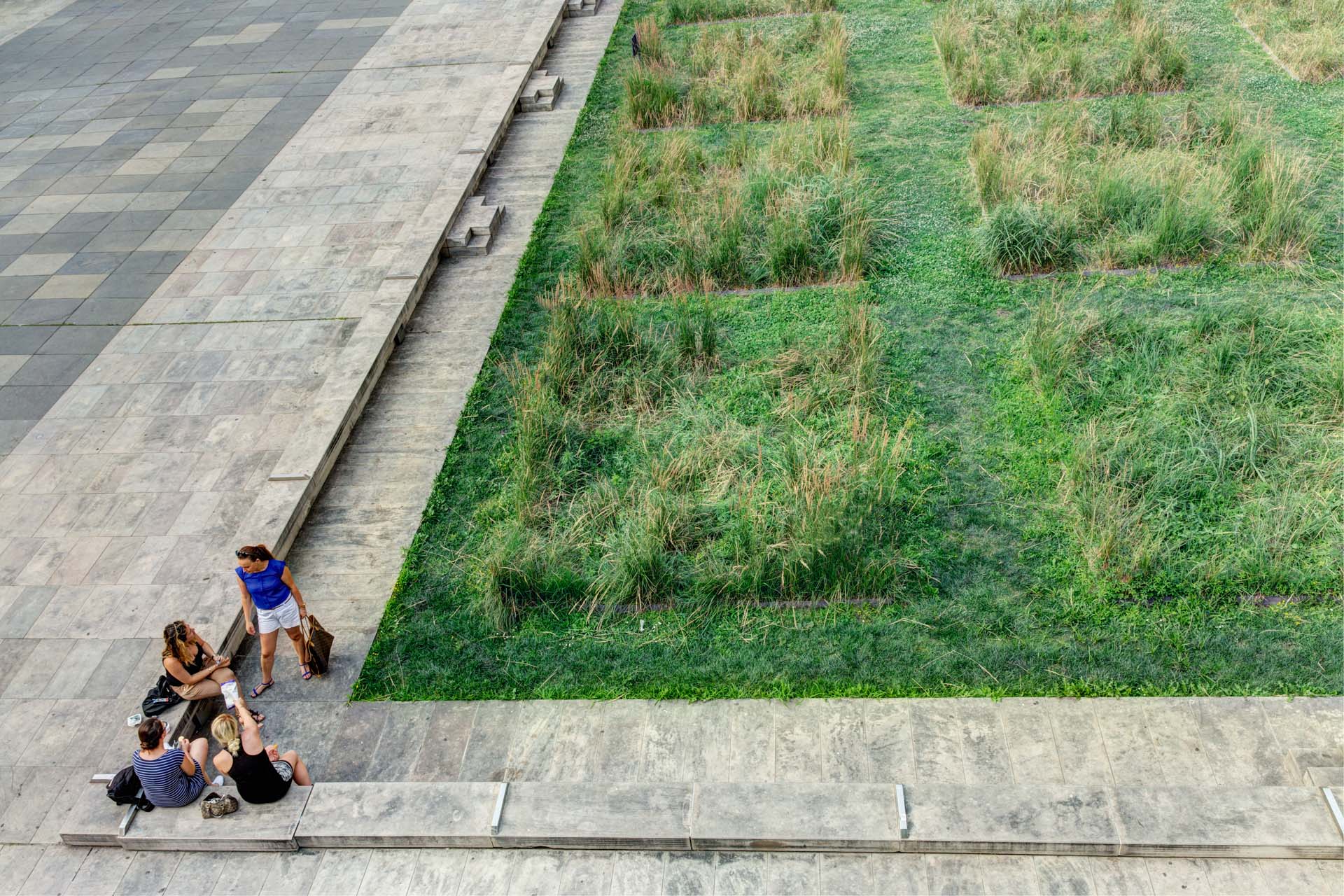 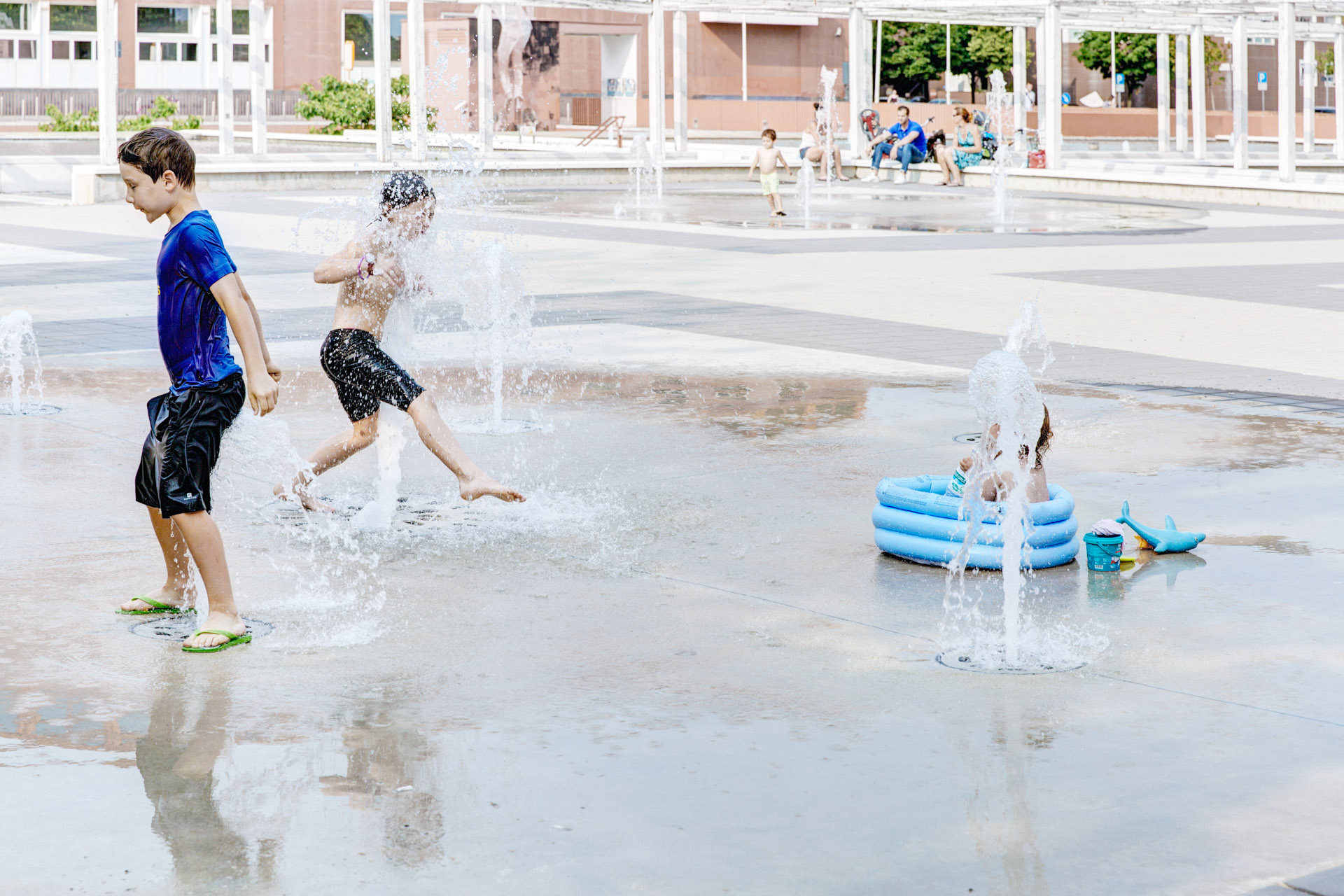 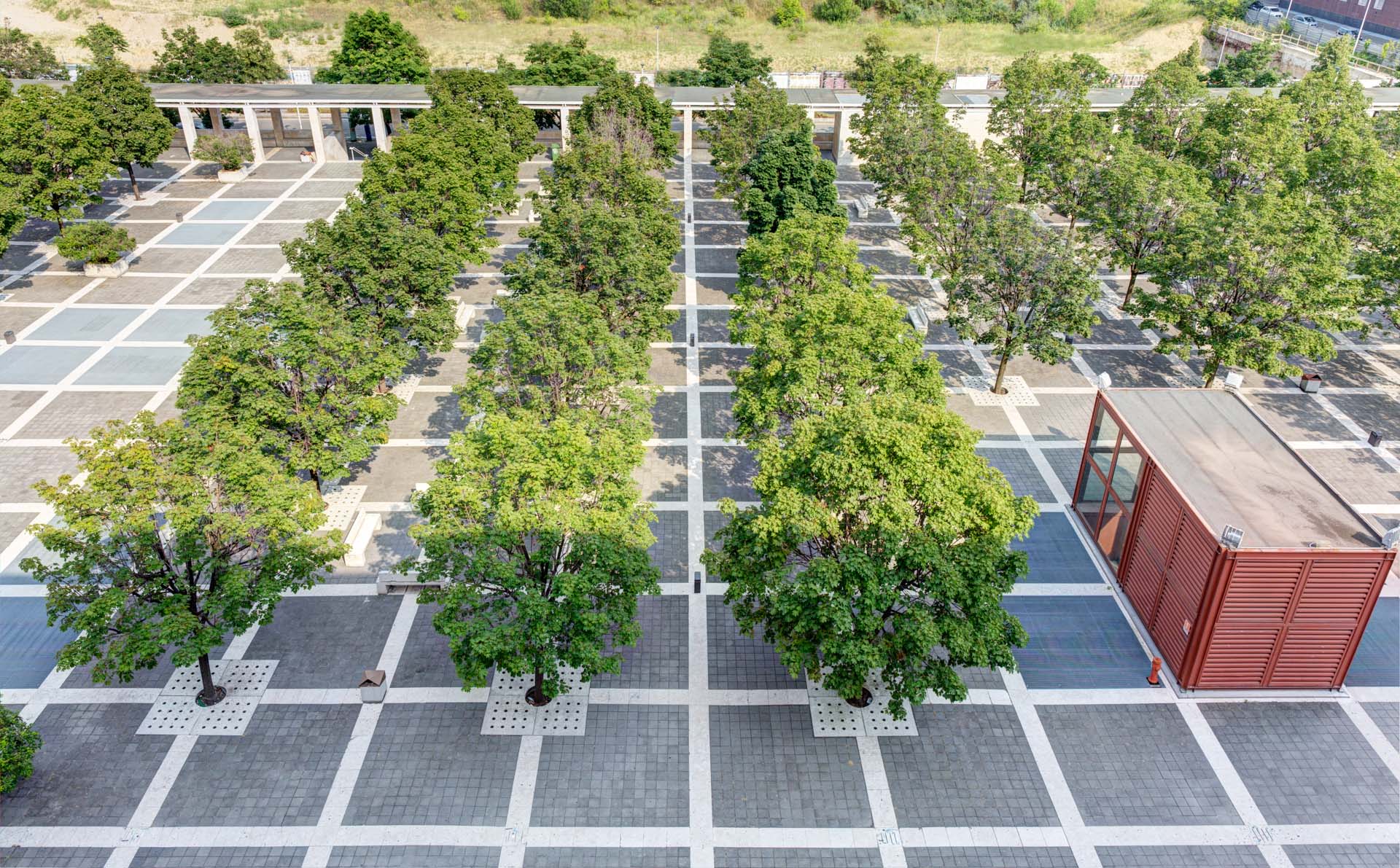 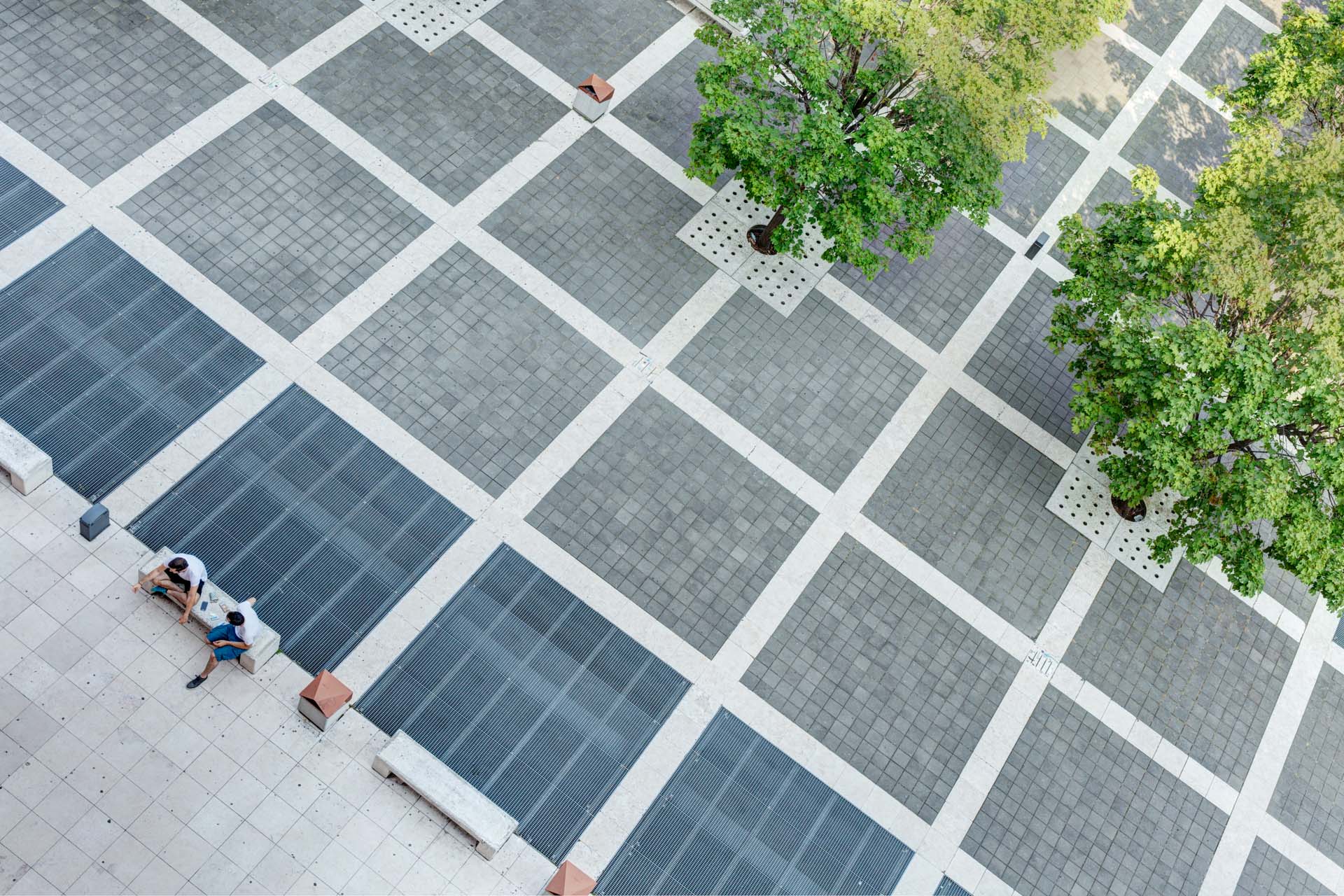 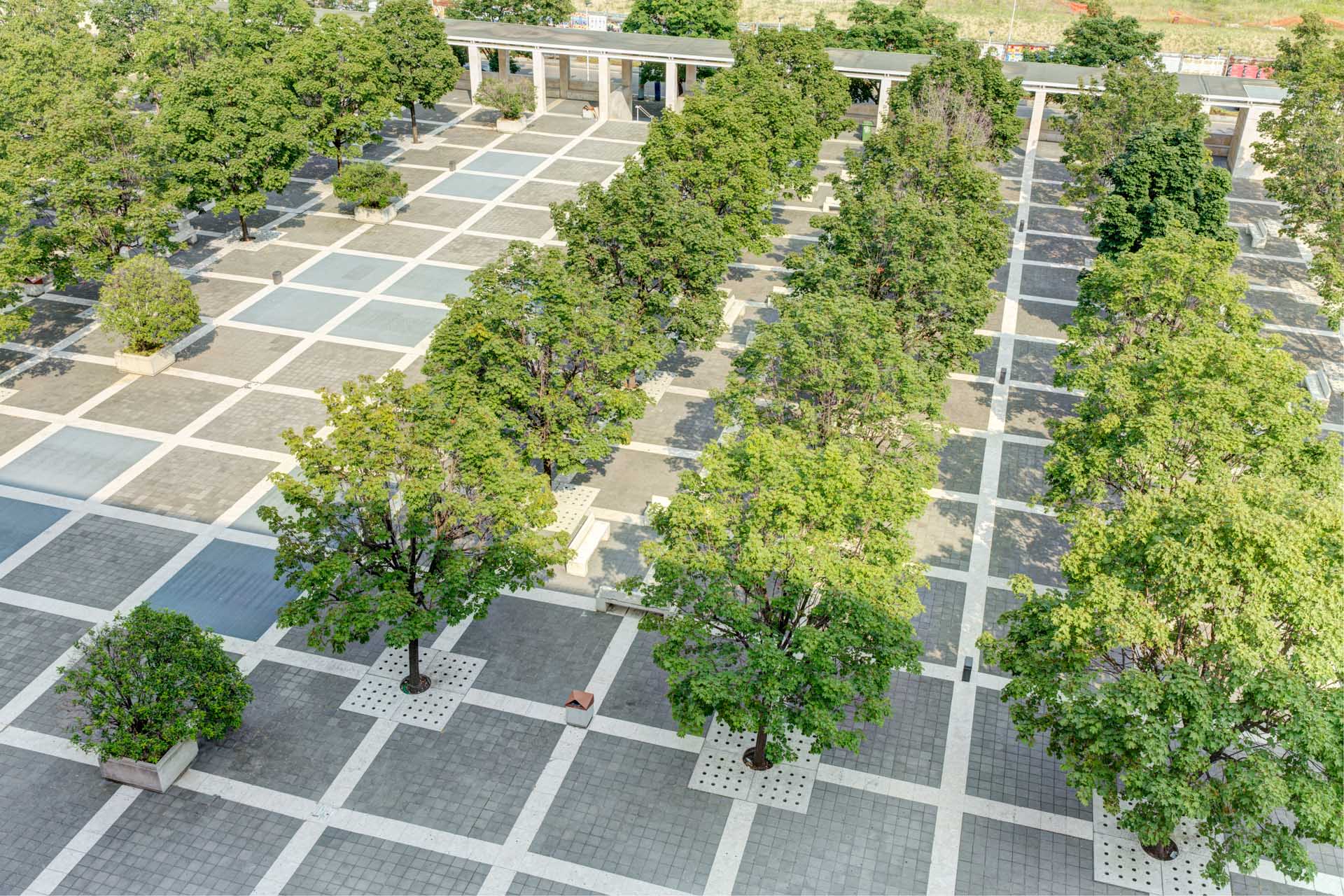 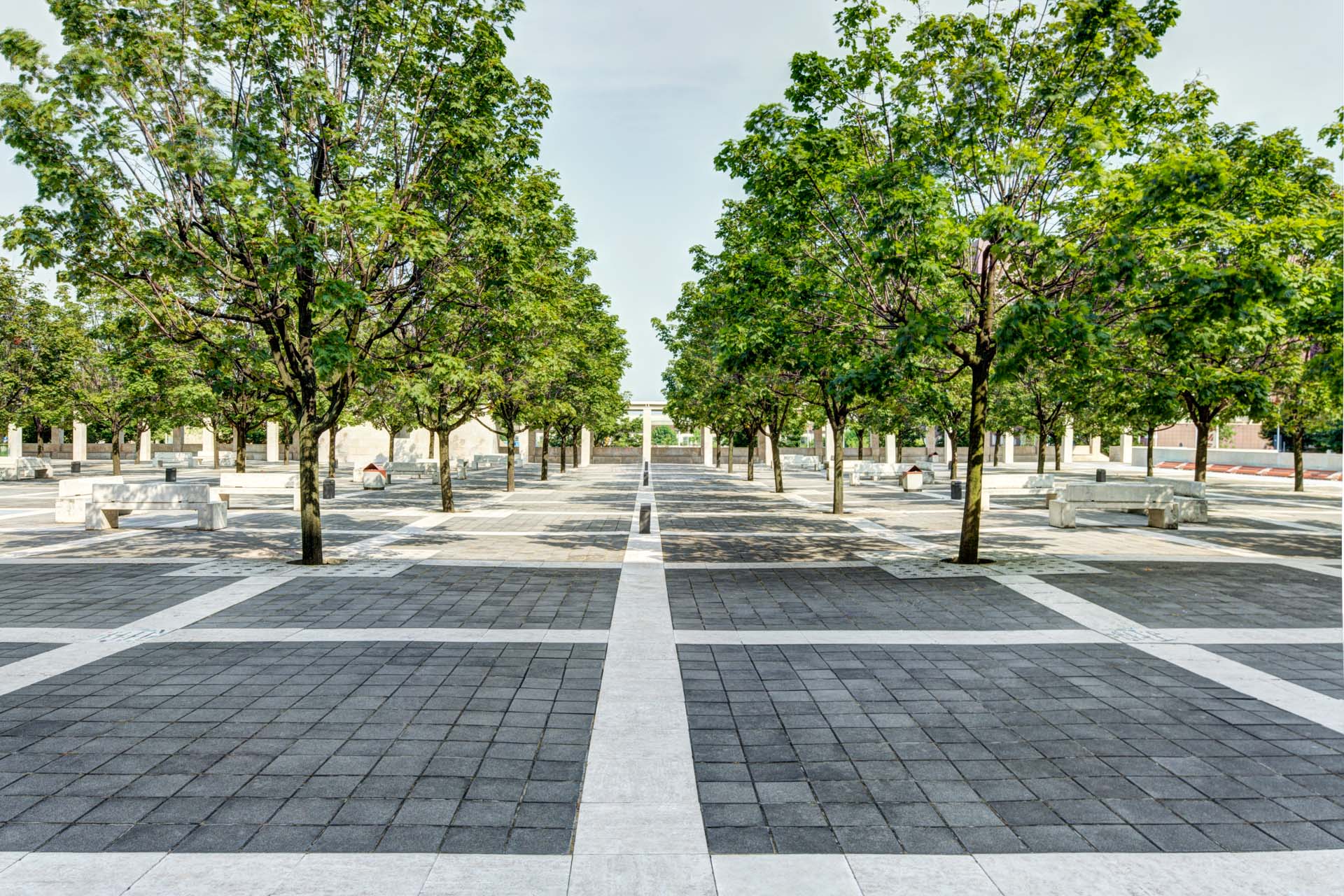 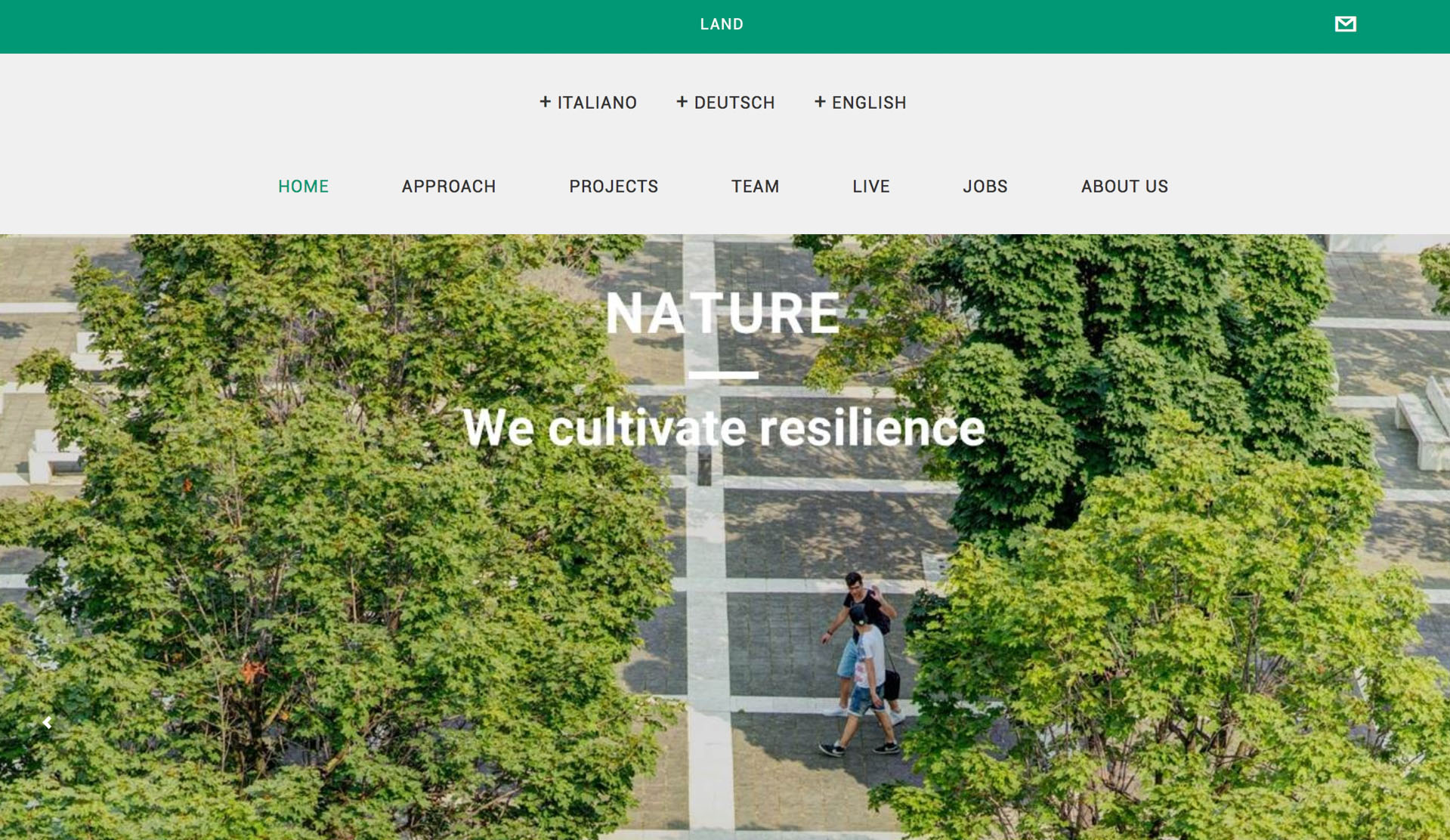 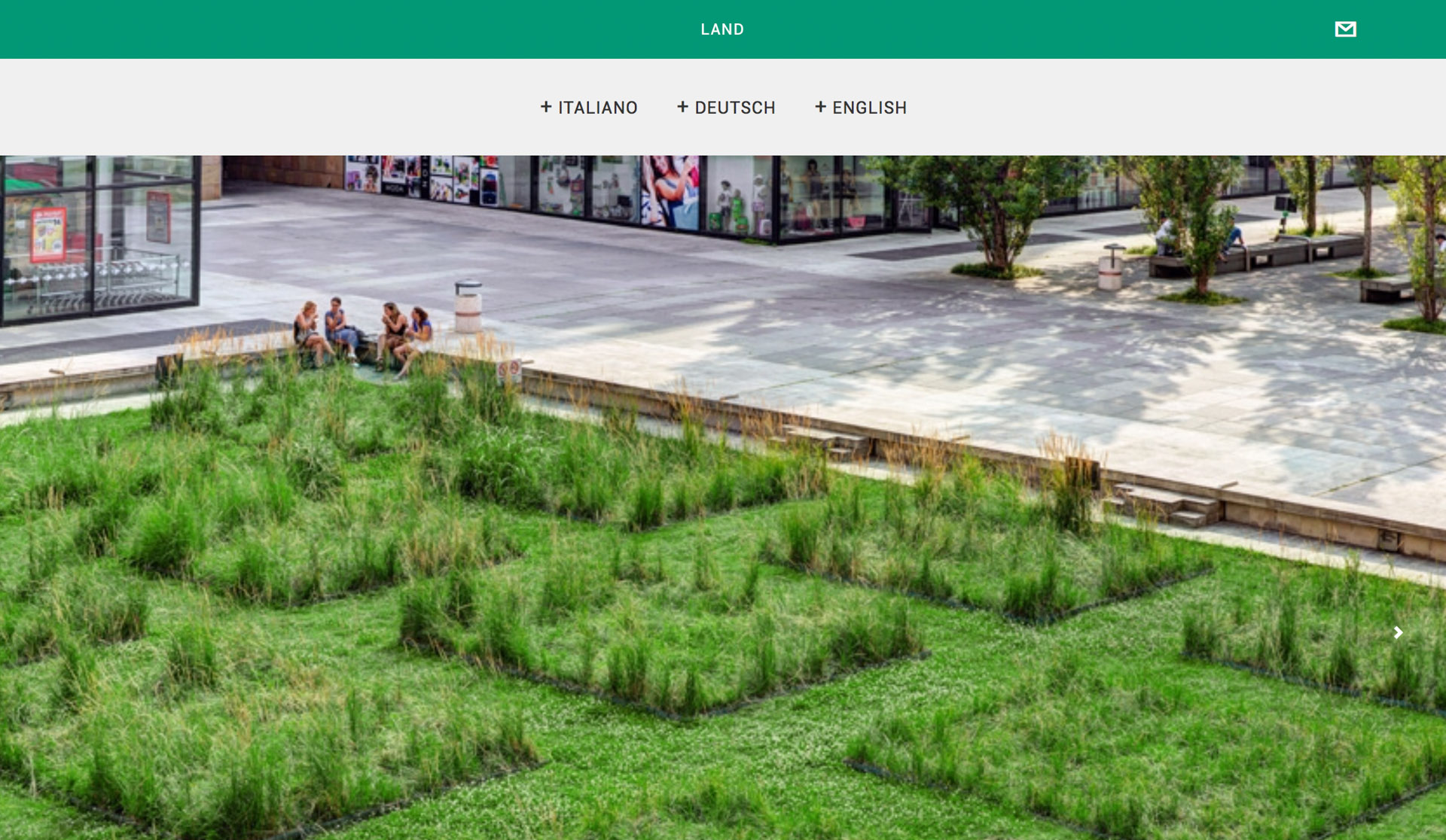 The Bicocca intervention began in 1994 in the North-East of Milan, covering a total area of 680,000sqm. During most of the XX century this area hosted the Pirelli factory.

The new open space design is based on a structure of squares and gardens. They build a sequence of public spaces which represent the completion and at the same time a new interpretation of the orthogonal layout of the industrial settlement.

A new tree-lined axis connects the city to a substantial amount of new public spaces. Collina dei Ciliegi (Cherry Tree Hill), built on the site of the former Pirelli plant, is one of these spaces, providing a viewpoint to the city and to the mountains of Lombardy. The hill also overlooks the Piazza dell’Ateneo Nuovo (New University Square), where the new campus of the Statale University has settled. Situated next to it is a wide square facing the Arcimboldi theatre, connecting to the green spaces of the Esplanade and the roof and neighbourhood gardens along the side streets.