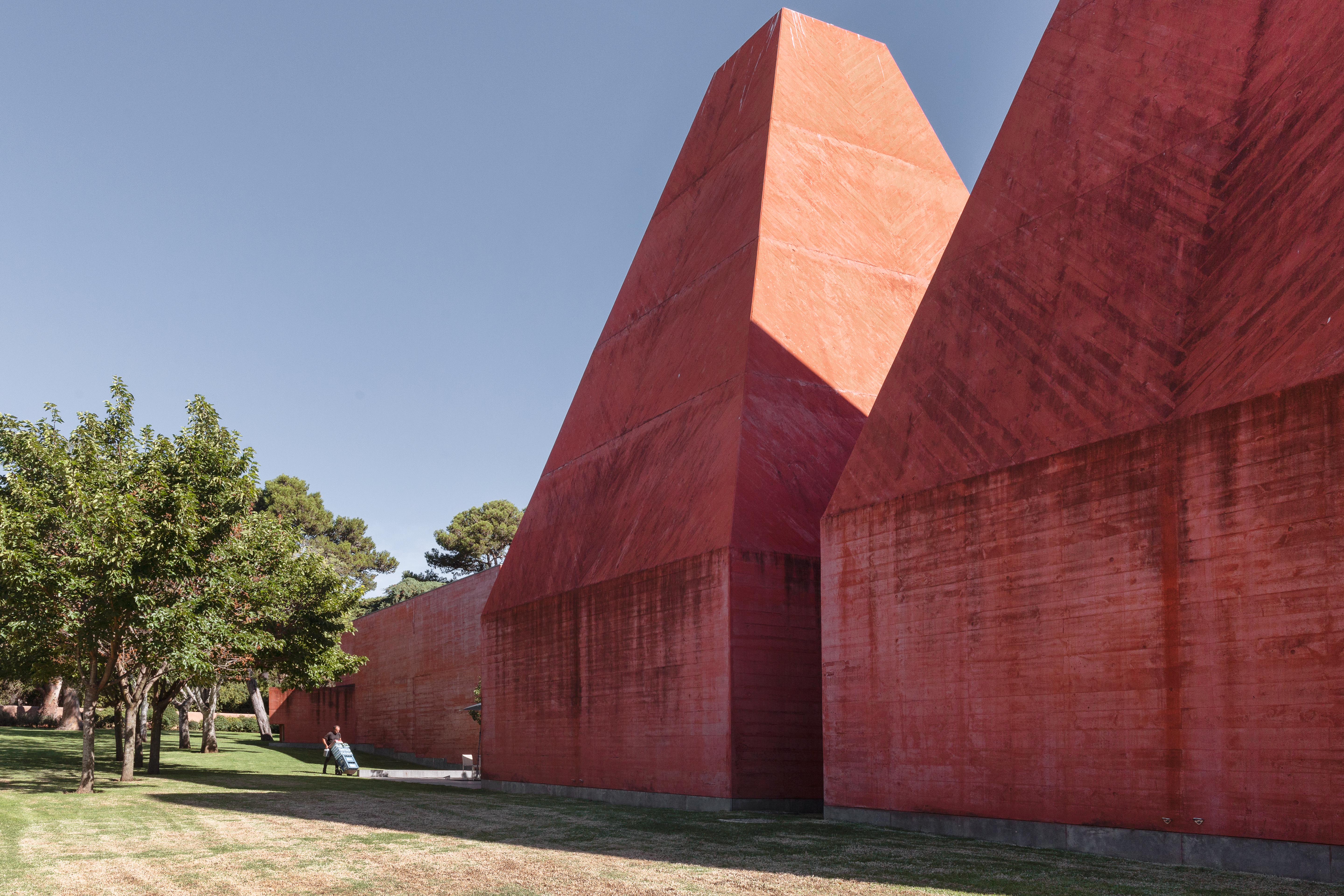 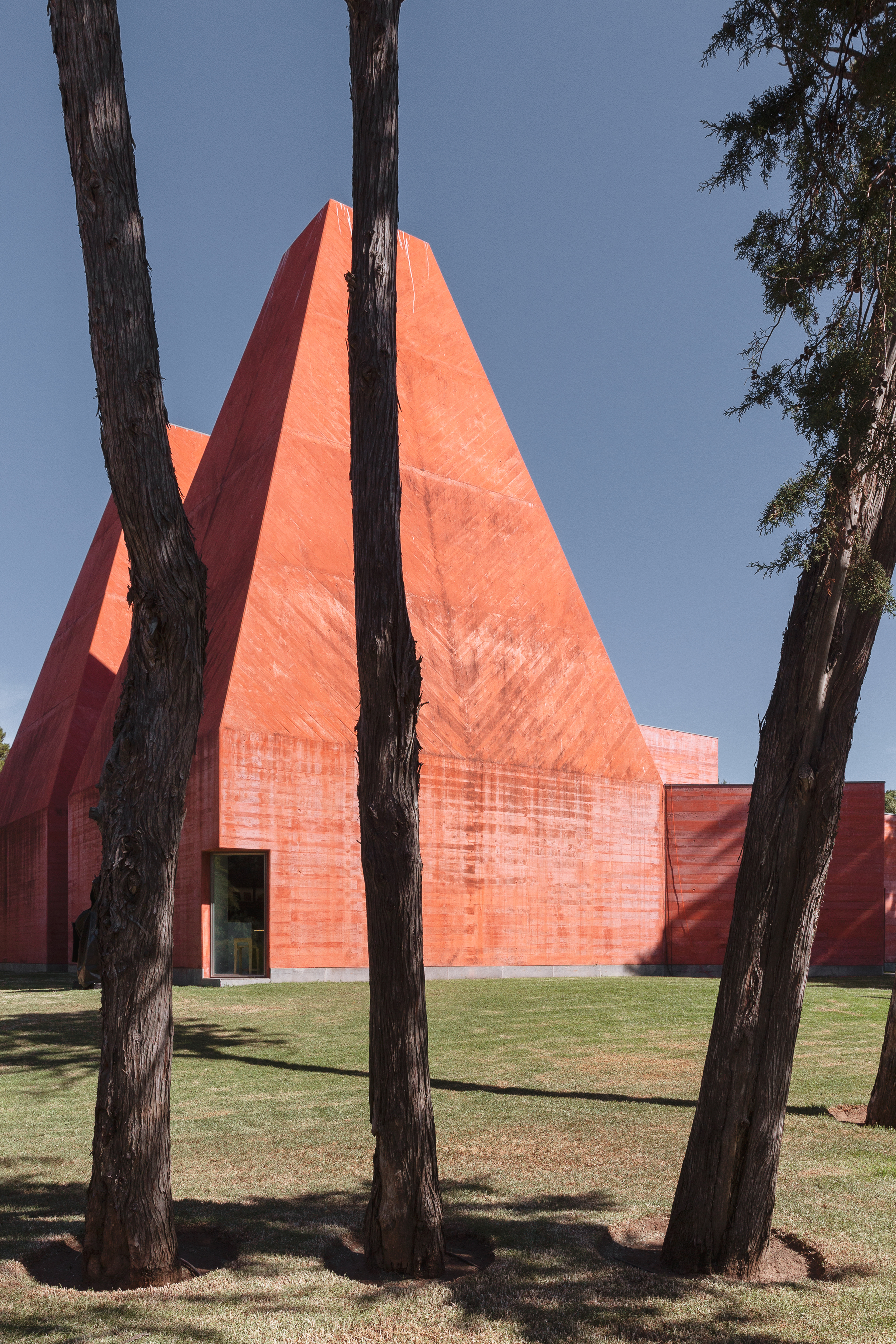 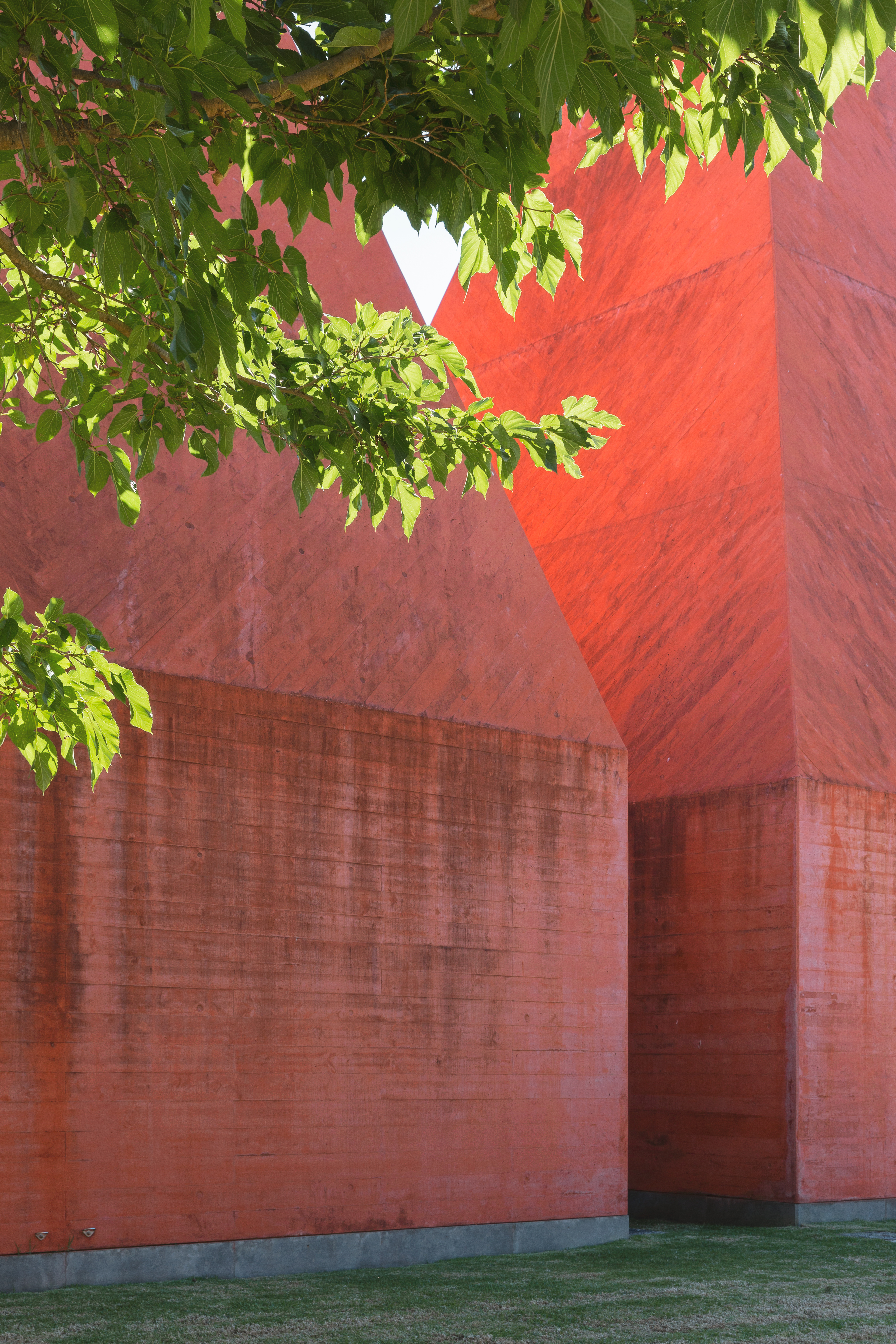 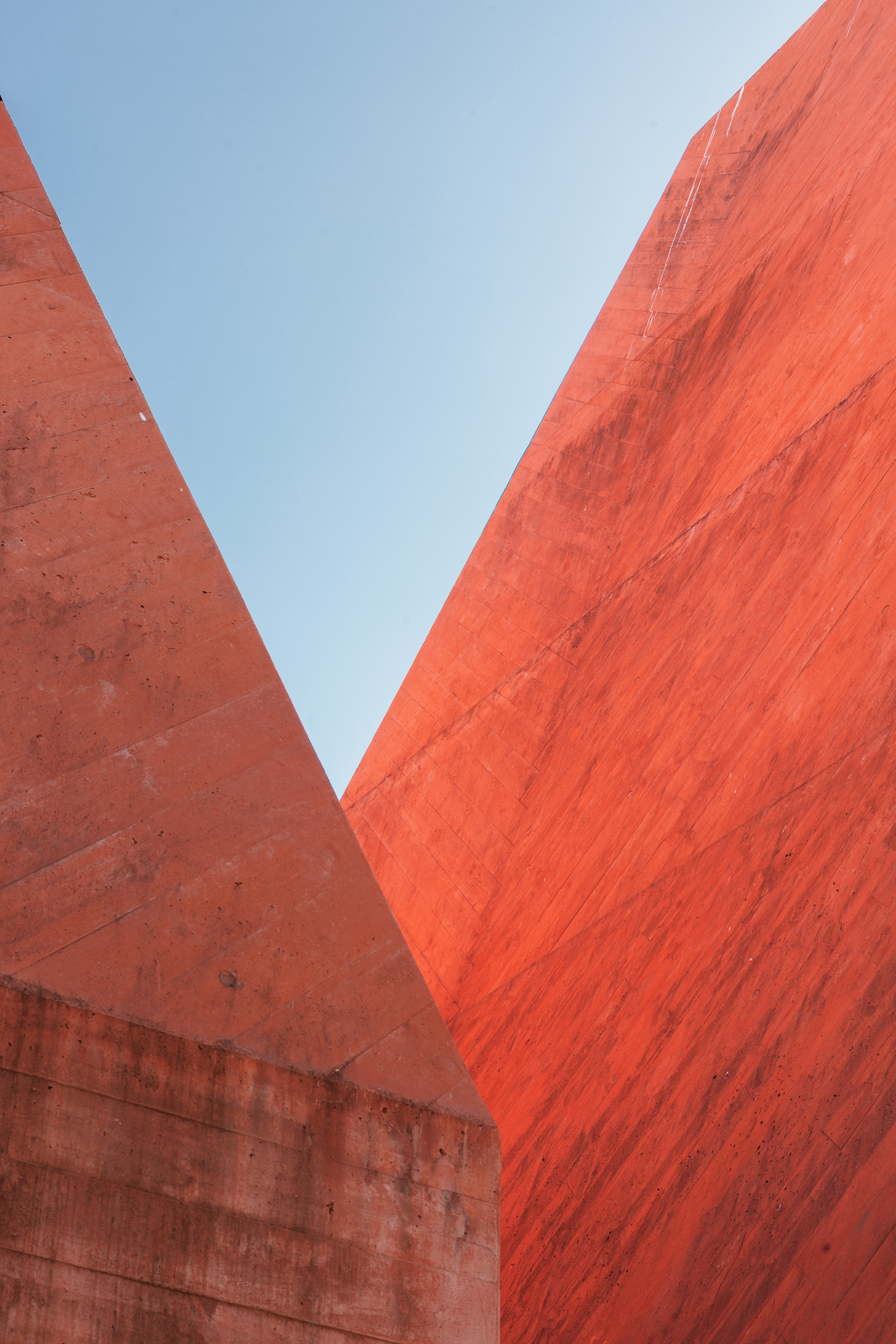 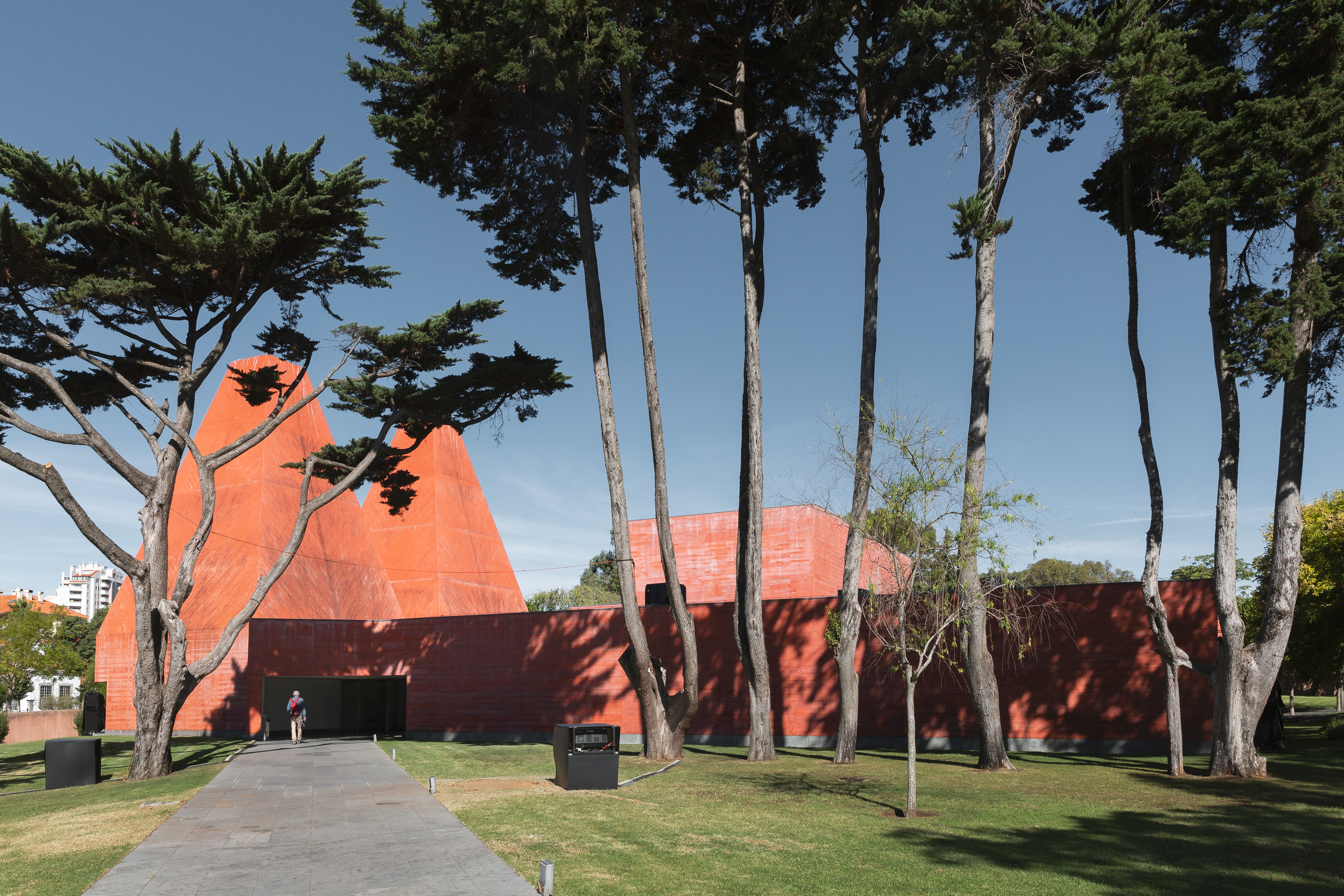 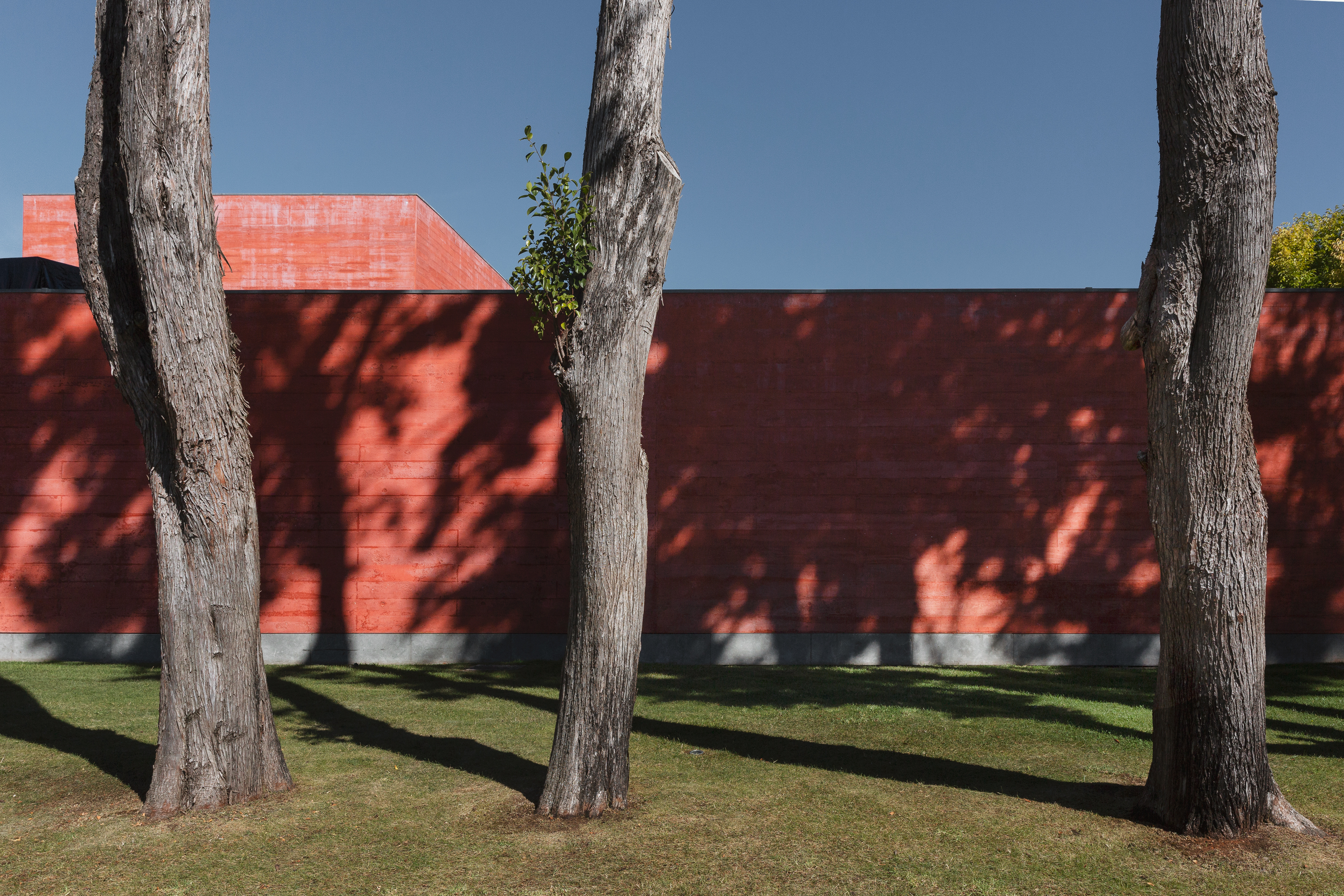 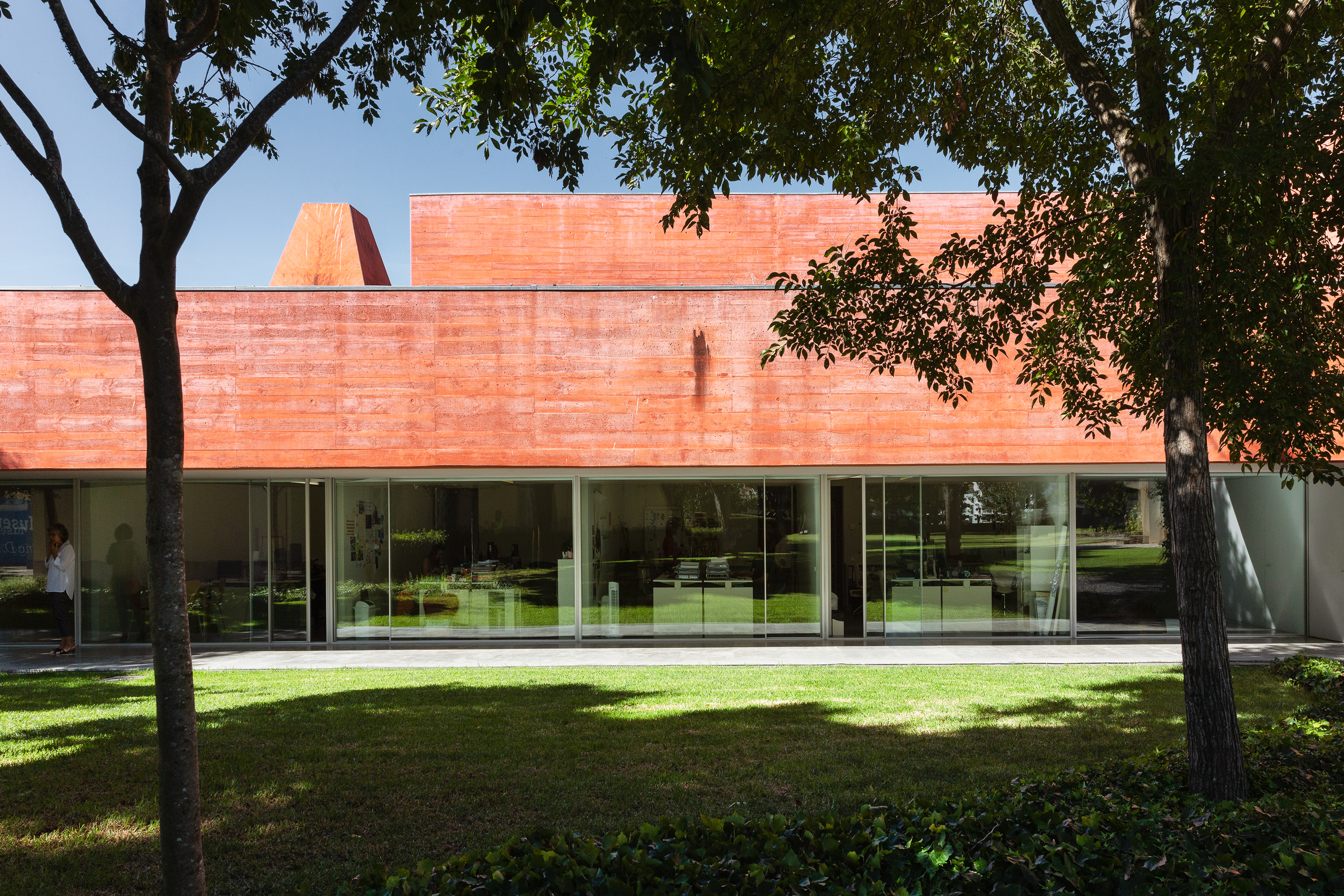 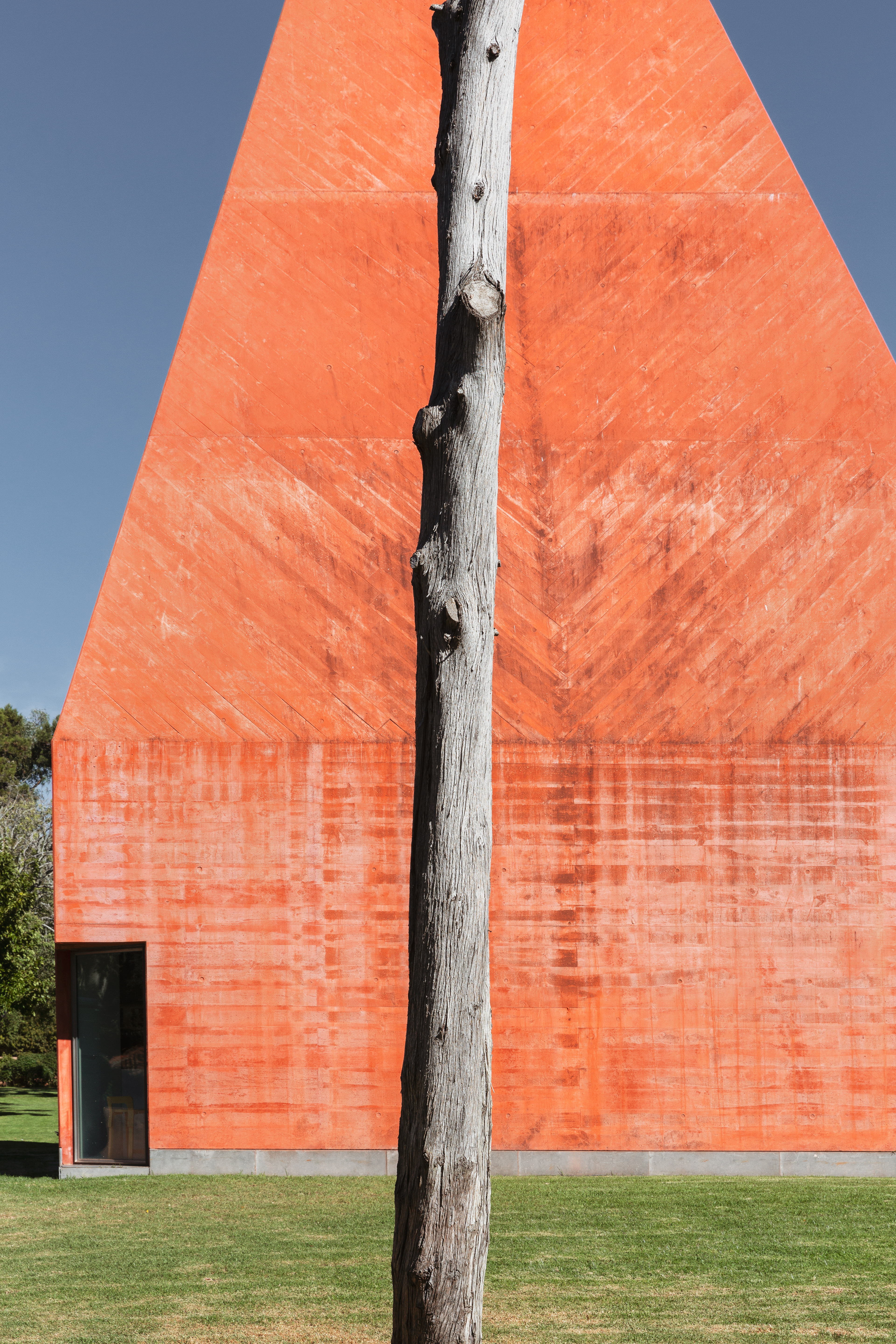 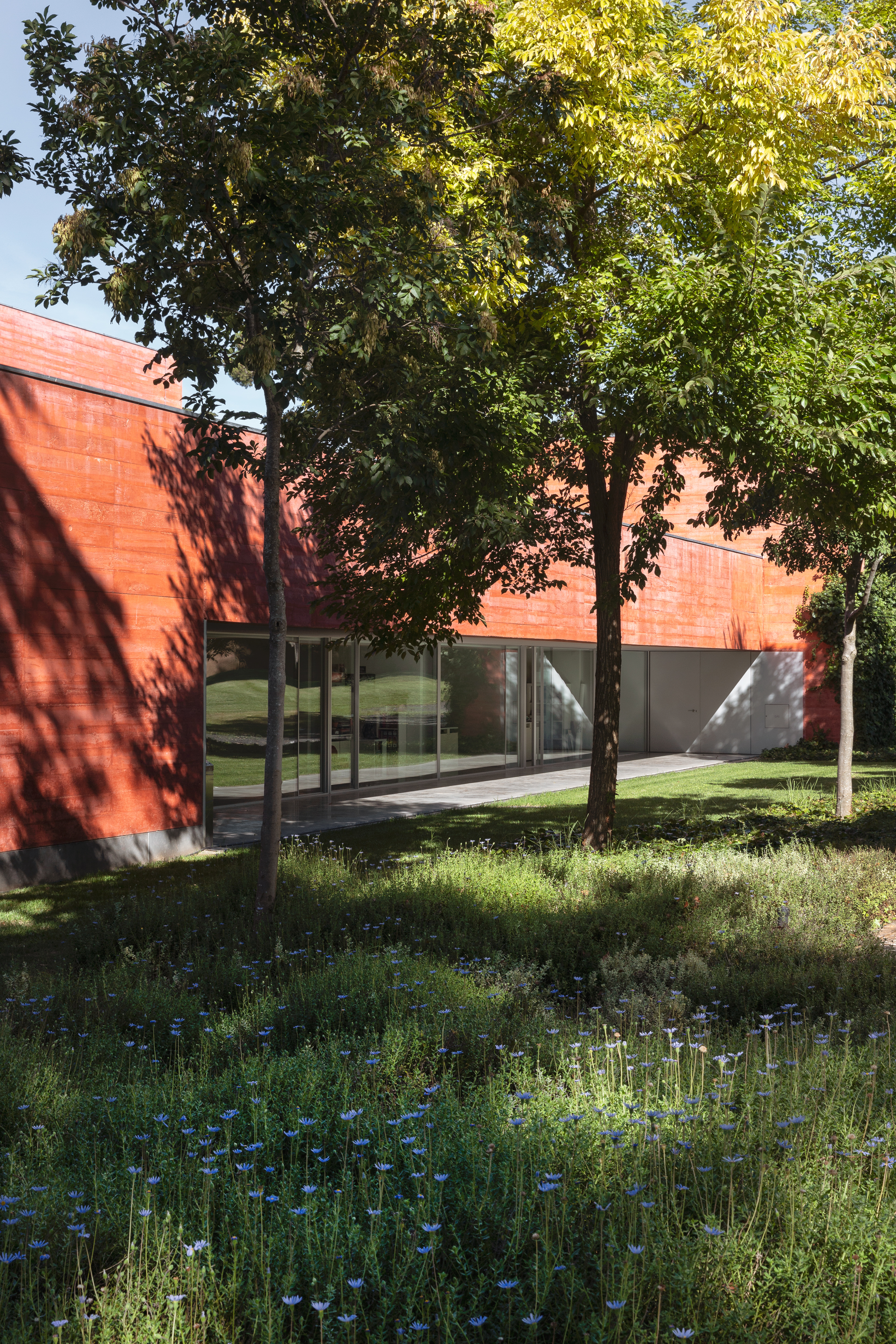 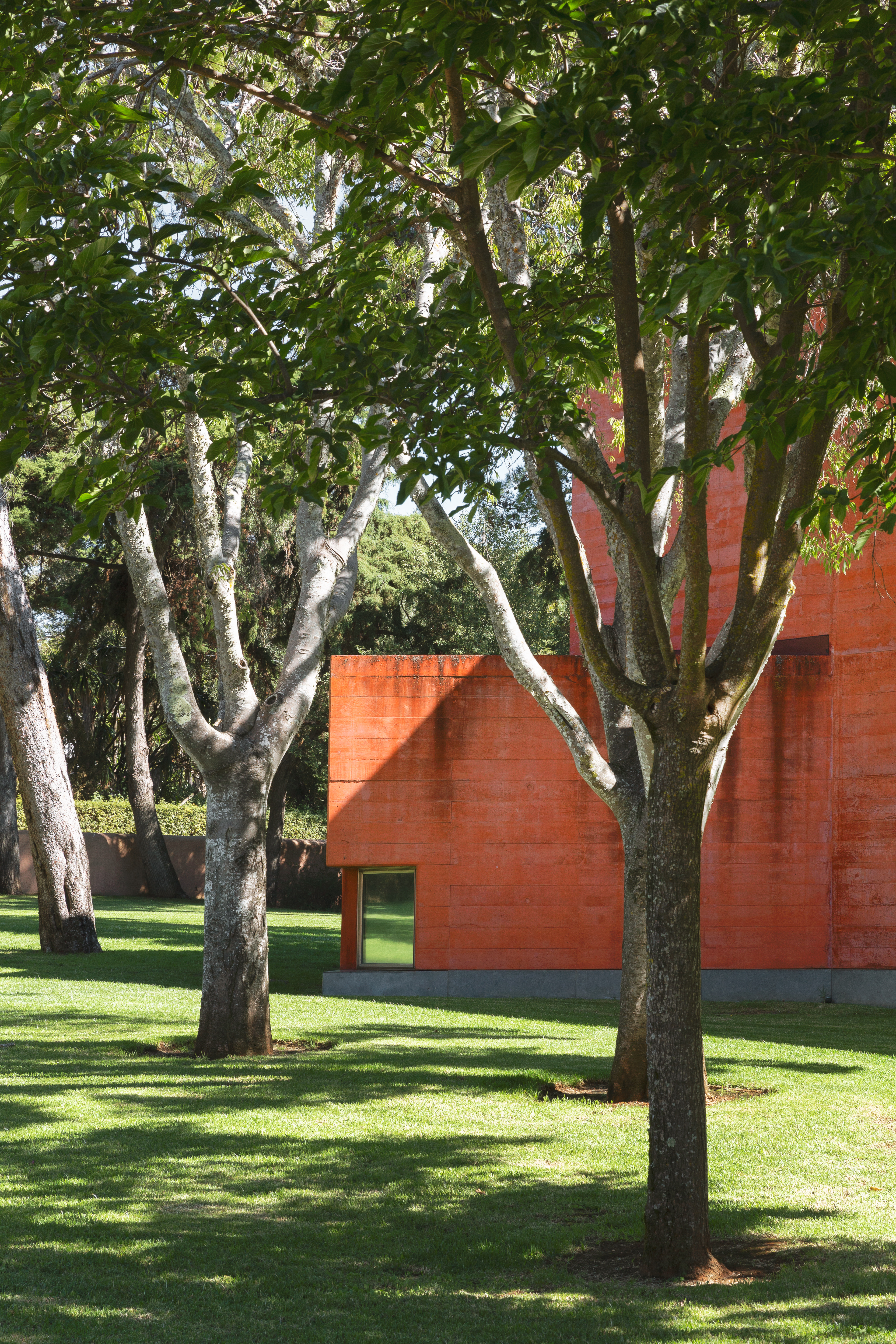 The Casa das Historias Paula Rego was designed by the architect Eduardo Souto de Moura. The building makes use of certain aspects of the region’s historical architecture, which is here reinterpreted in a contemporary way. It can be immediately recognised thanks to its two pyramid-shaped towers and the red-coloured concrete used in its construction.The land and trees which previously existed at the site are incorporated as fundamental elements, while four wings, of varying heights and sizes, make up the building. The building itself is subdivided into rooms which lead into one another and are laid out around the higher central room which houses the temporary exhibition. The building’s interior has 750m2 of exhibition space, on top of the technical and service areas, and is decorated in neutral shades and paved with the blue-grey marble of Cascais. The building also houses a shop, a café which opens onto a verdant garden and an auditorium with 200 seats.

The building’s design is fully in keeping with the artist’s wishes, and it was Paul Rego herself who was responsible for the choice of architect. It meets all the requirements for a museum and its various functions, without forgetting the need to give visitors a warm welcome.

“With the Casa das Historias, it can be said that Eduardo Souto de Moura has adopted and almost ‘regionalist’ approach, distancing himself from the modem abstractionism that has been a dominant feature of his work. It is, however, an uncritical regionalism, that avoids the sense of ‘resistante’ which lay behind other attempts at the approach in Portugal in the 1980s. In this museum created for Cascais, Souto de Moura associates certain formal devices with a legacy of architectural composition, adopting specific formulas for the building’s insertion in the surrounding area as well as a use of scale which can be easily contextualised in a very specific type of geography. Its close proximity to the work of Raul Lino is therefore set in a “Southern” landscape, without resorting to any unnecessary decorative or picturesque frills.”