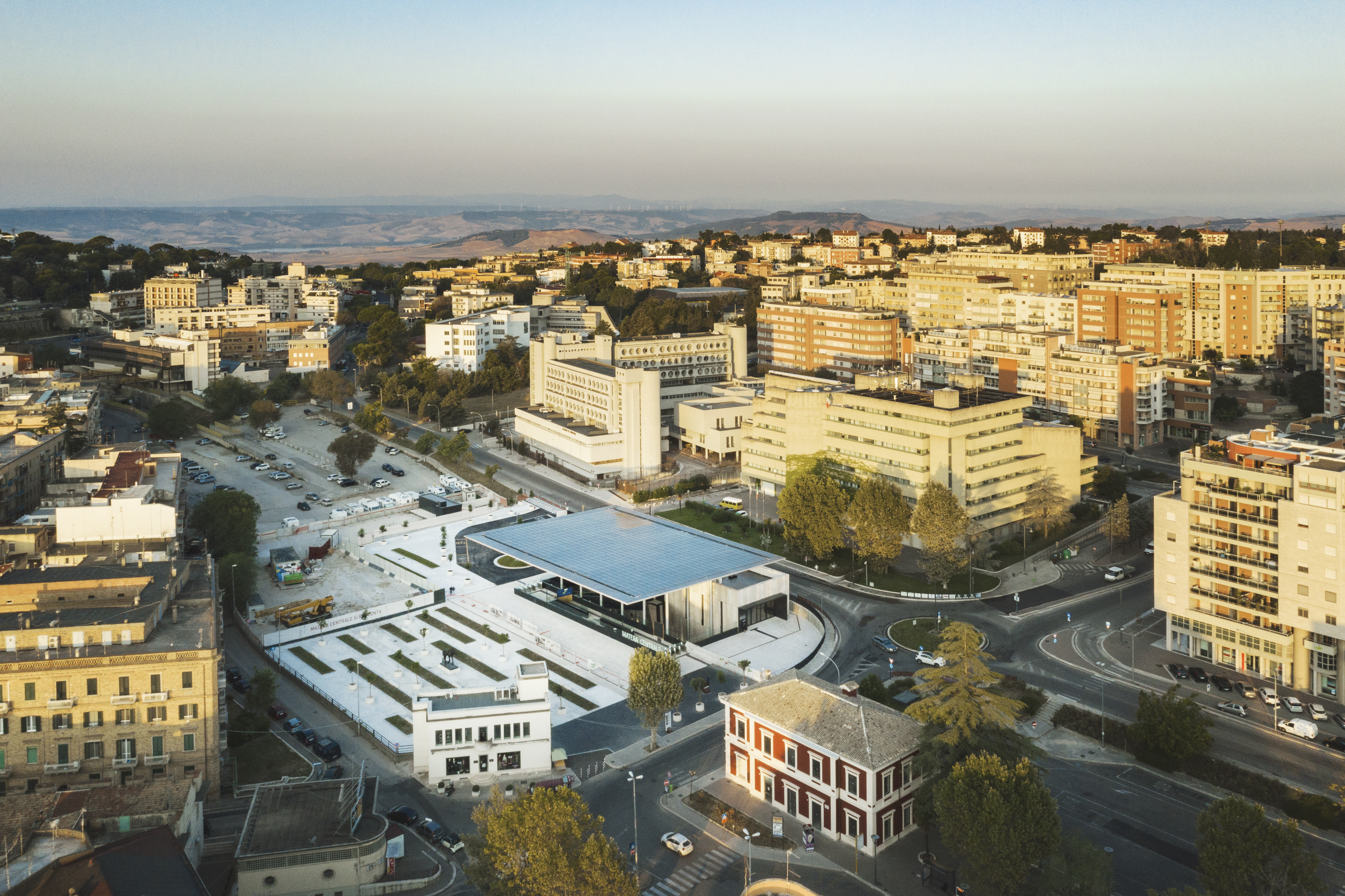 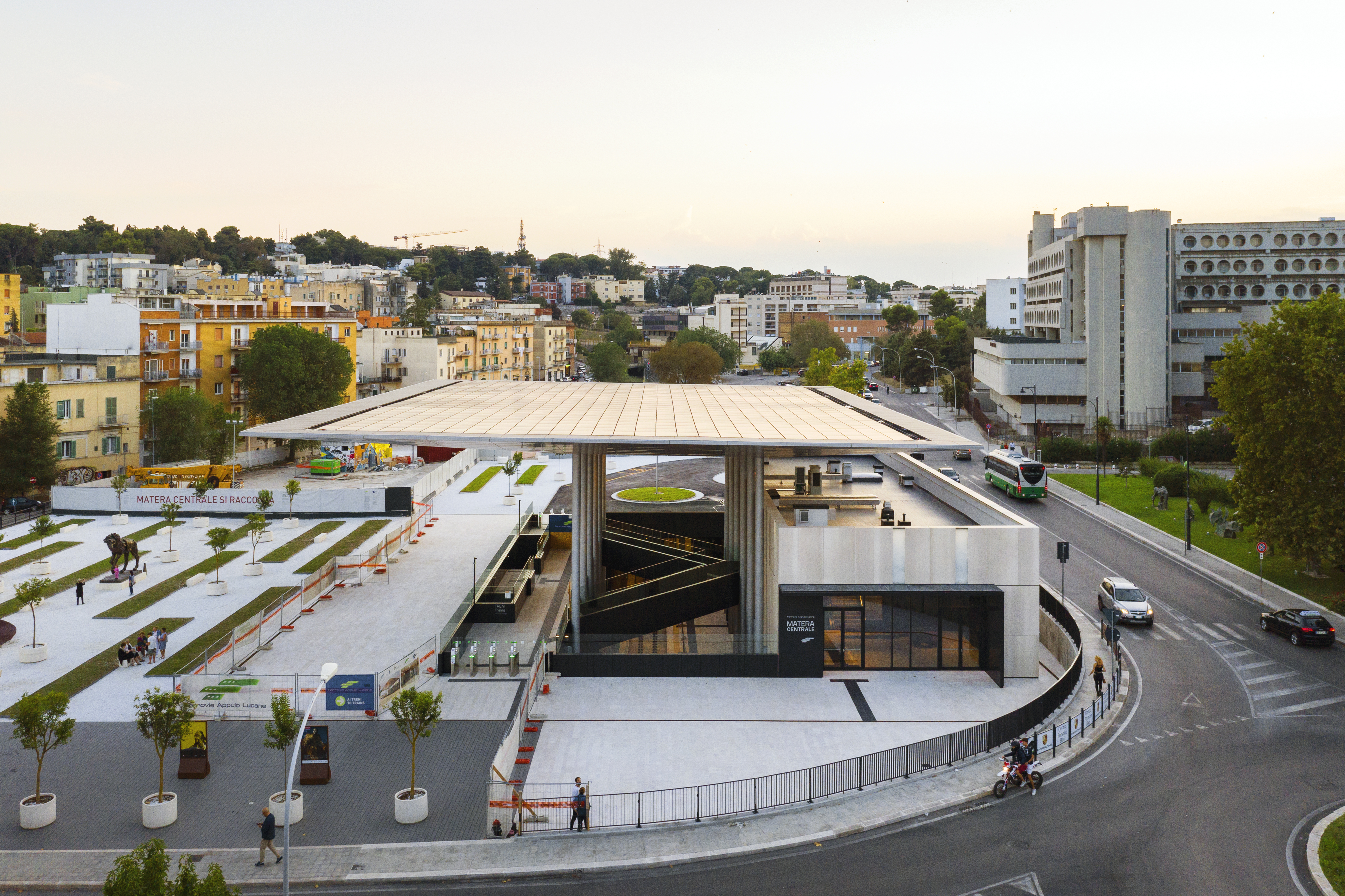 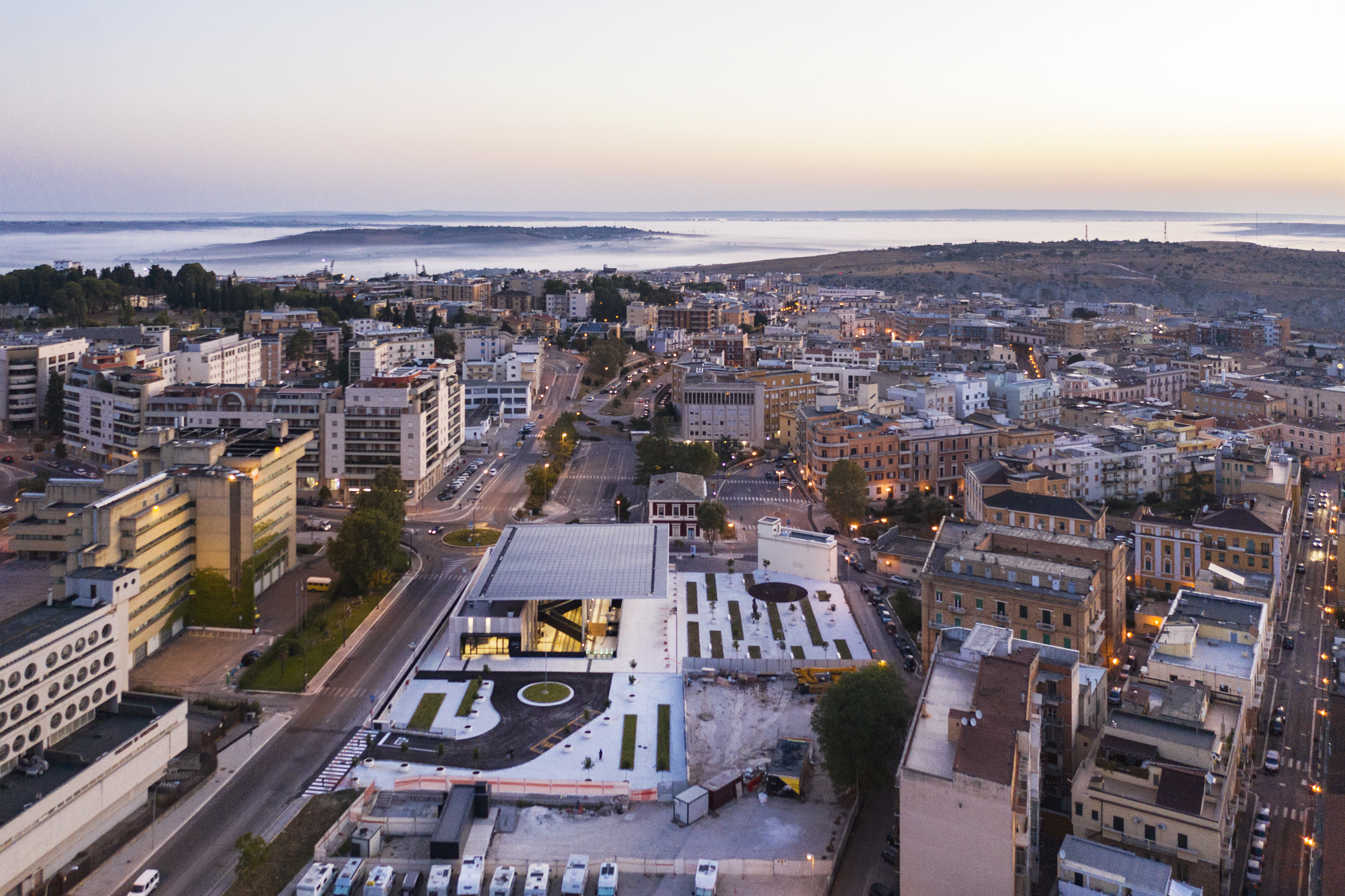 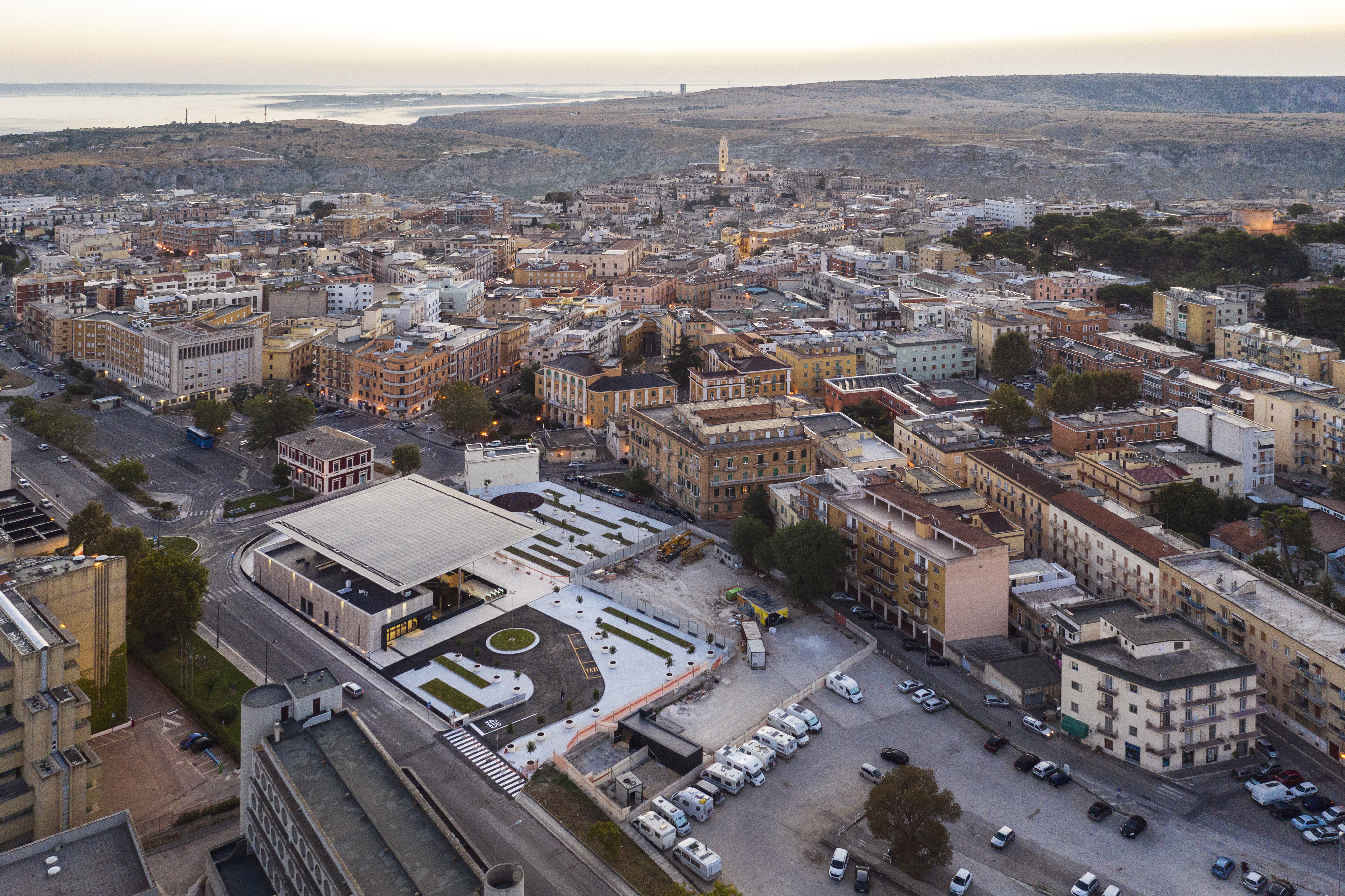 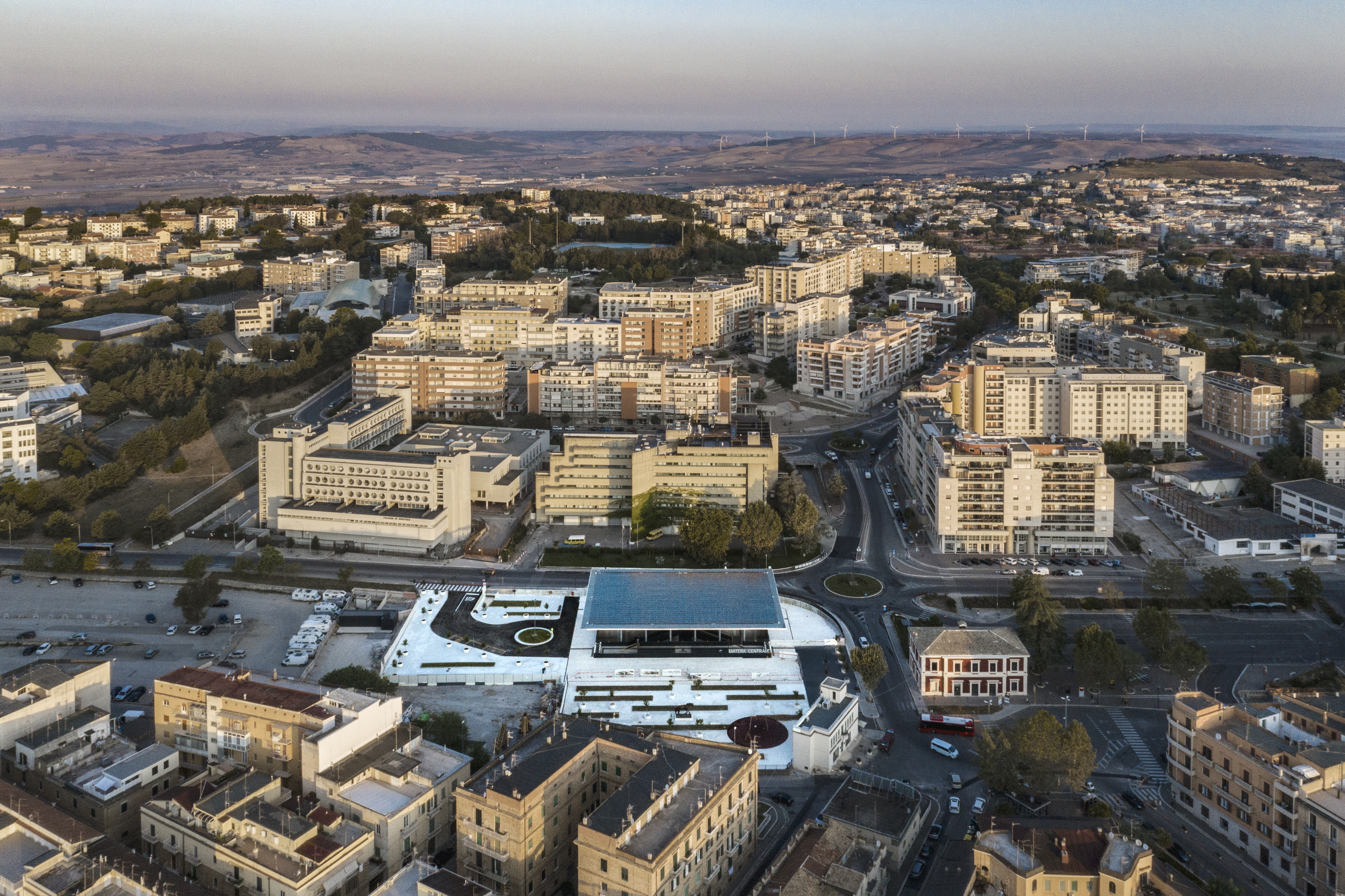 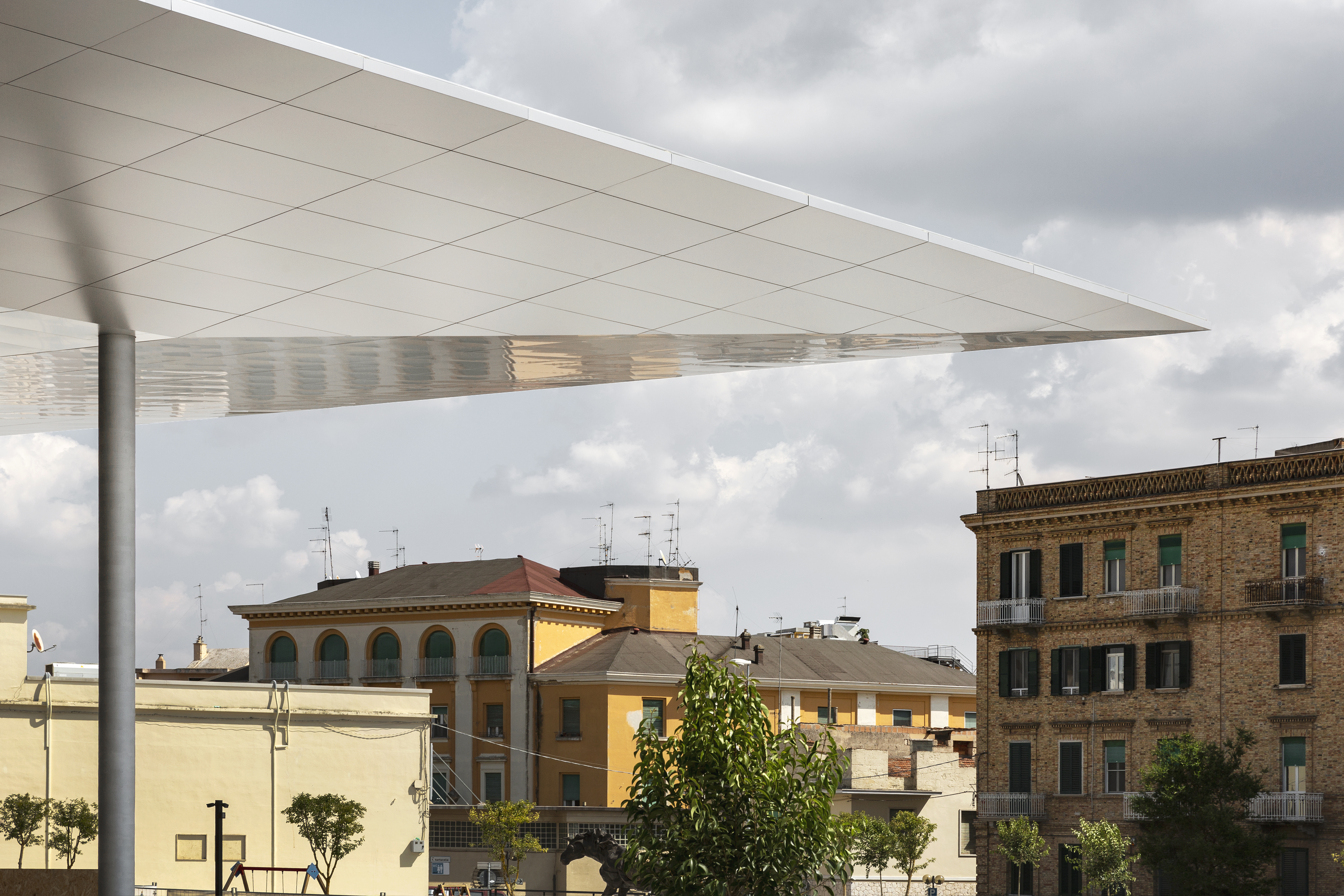 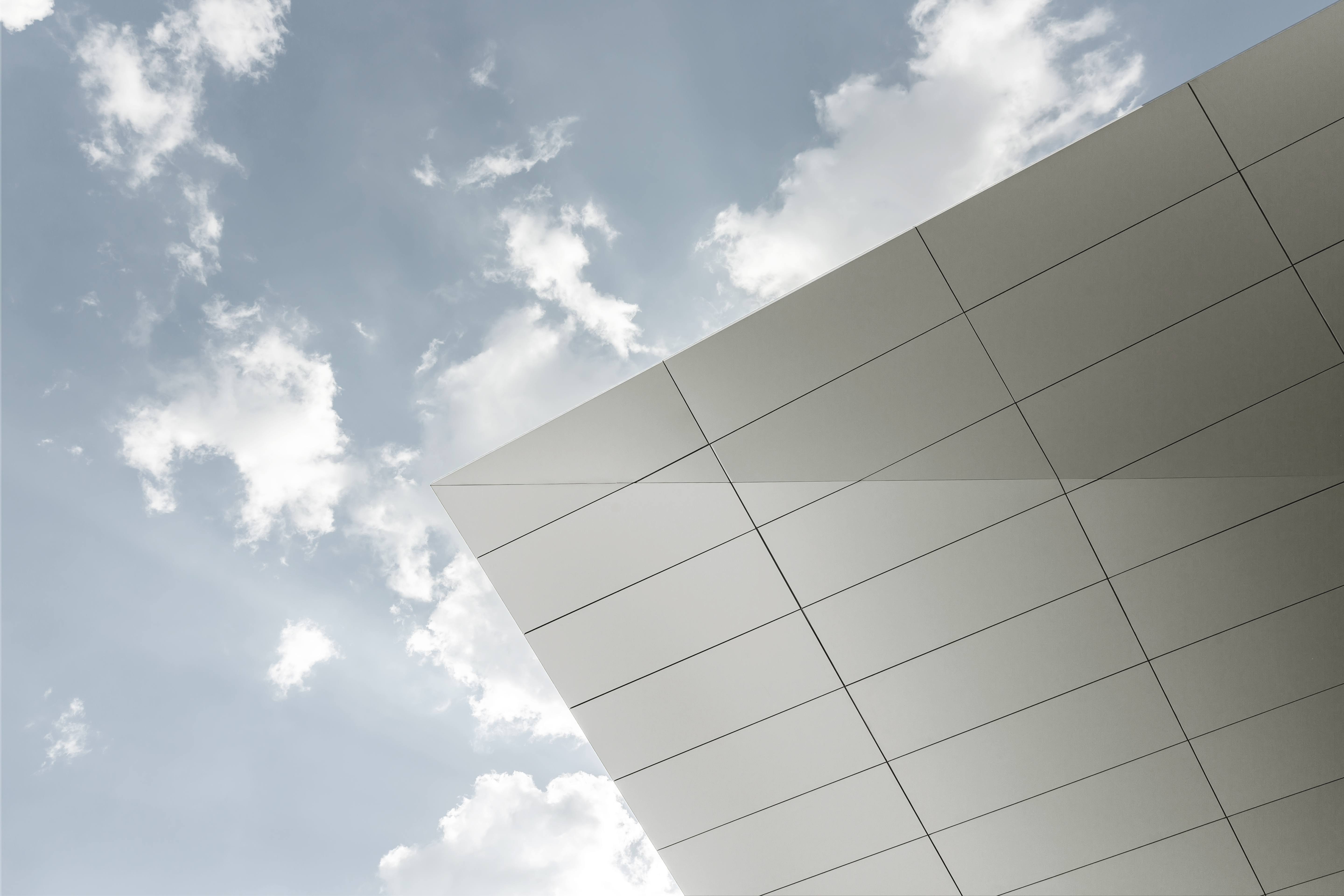 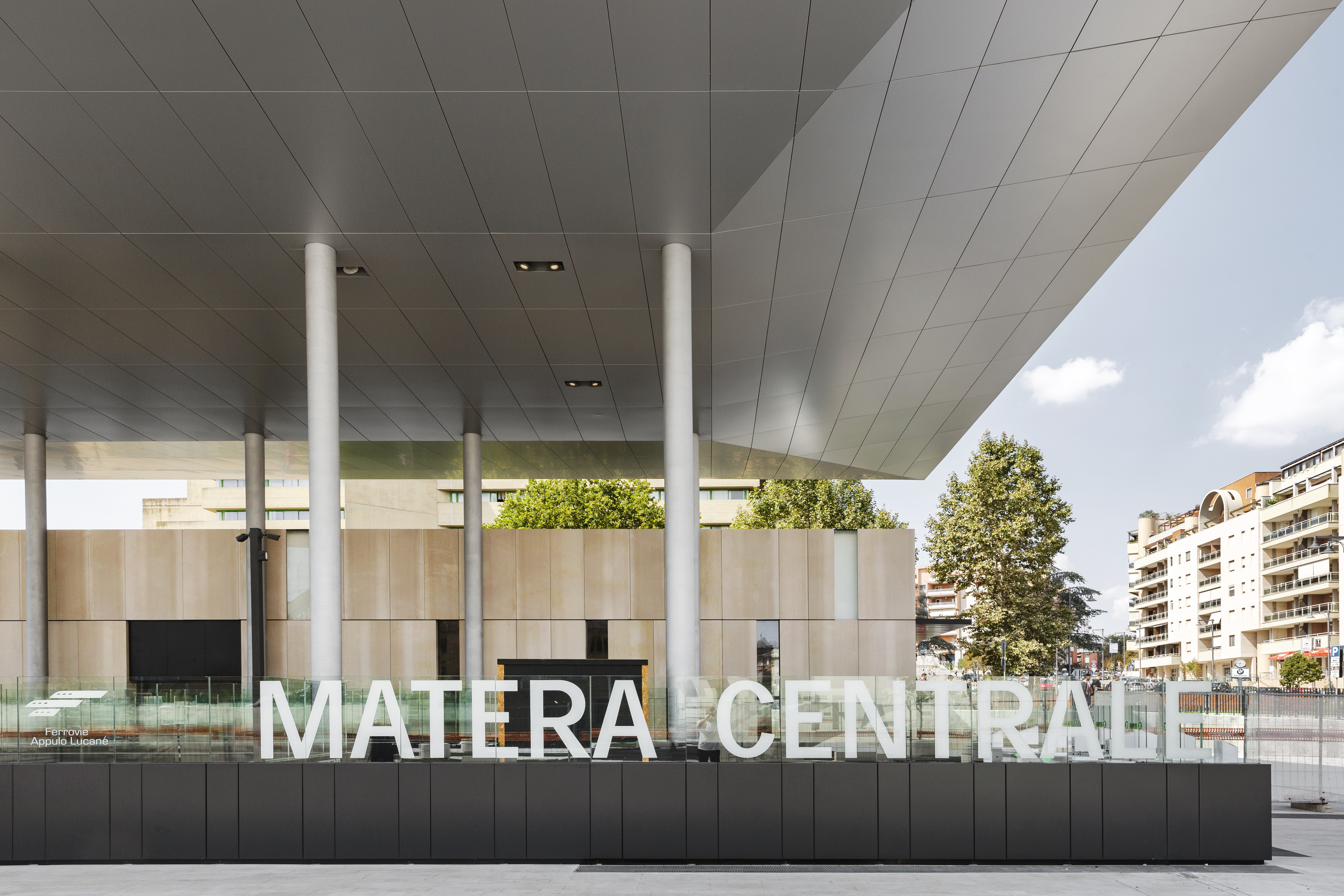 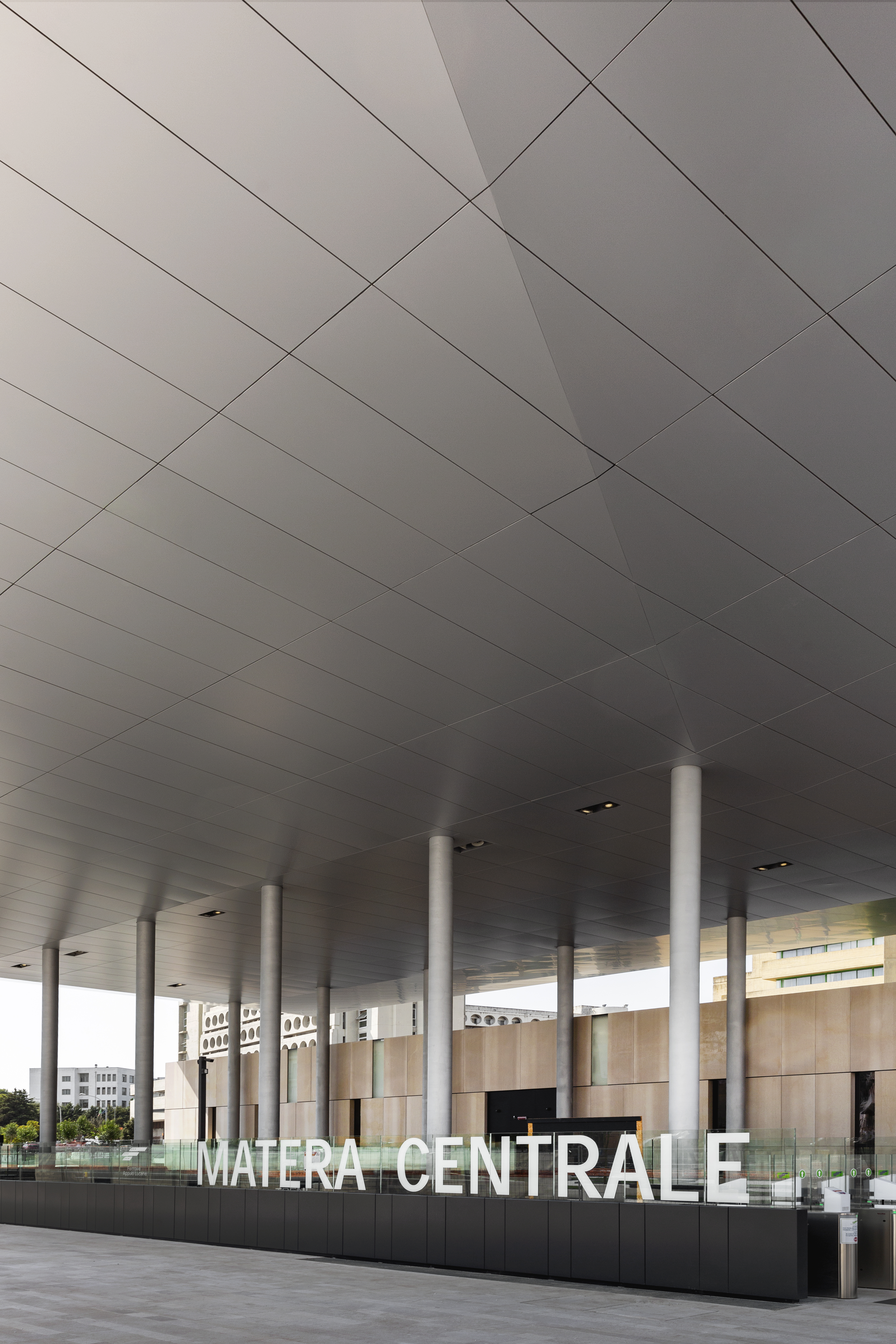 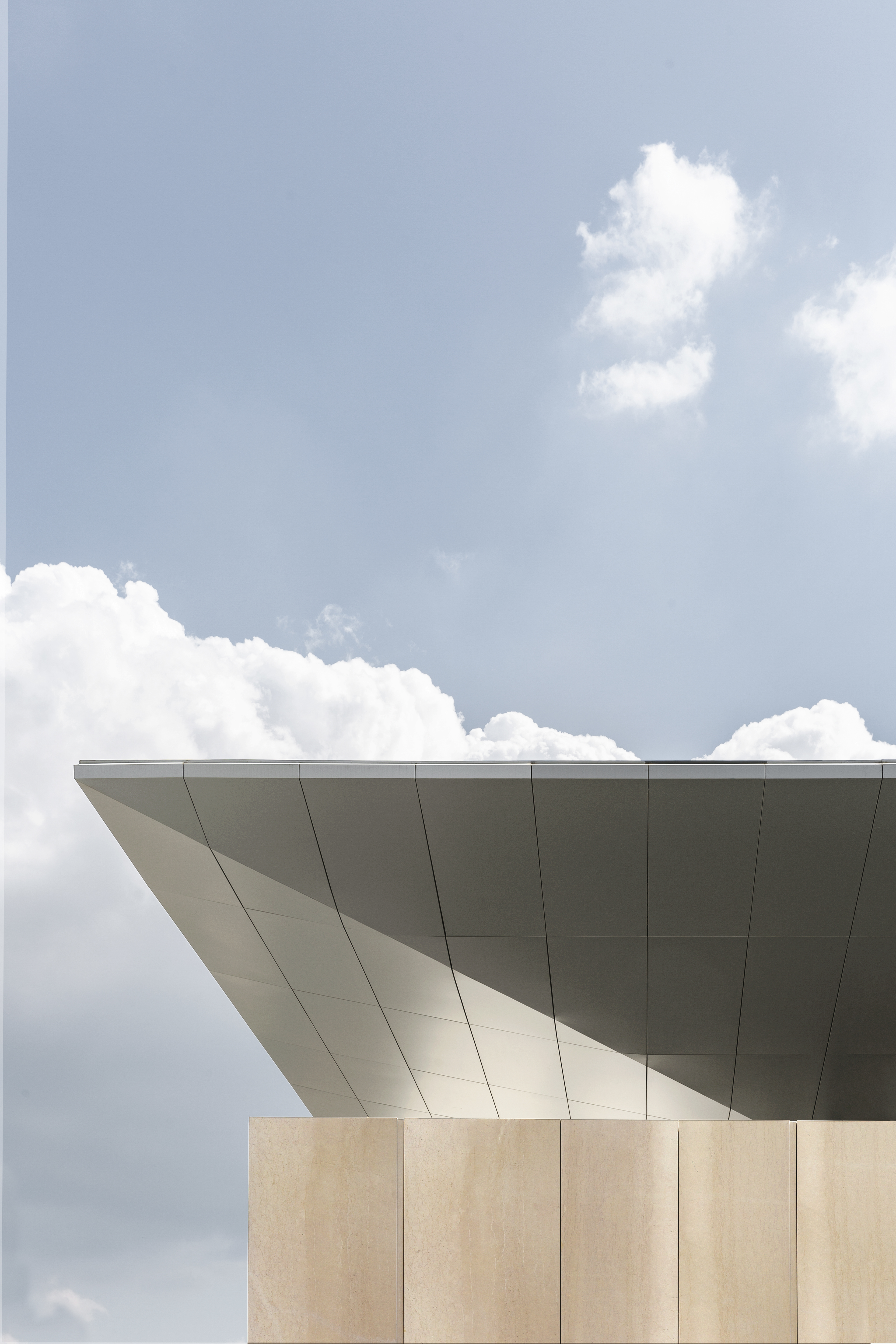 In addition to the technological modifications the project focuses on the aesthetic and functional redevelopment
of the FAL Matera Central railway station, one of the three along the Bari-Matera route serving the city.
The existing building consists of a main section above ground built in 1982, and a tunnel dug in 1978 to house the
railway line that passes under a long urban section. In order to give it greater importance, the station is no longer to
be considered purely as an infrastructural node but rather as a true urban landmark in harmony with the Matera’s
forthcoming role as the 2019 European Capital of Culture. The structure is thus directly connected to the pedestrian
Piazza della Visitazione, redesigned and linked to the main routes for access to the nearby historic old town and can
be considered an authentic “gateway” to the city, both for local users and for visitors arriving from different parts of Italy.
Notable for the presence of public buildings and high levels of accessibility, the square also has a central position in relation
to important green areas of the city and this makes it a potential hub for a larger urban and regional public green network.
The design of the new station sees the square as an essential connection and focal point for the ecological, cultural and traffic
systems that are already present while the design of the new square re-interprets the existing urban fabric and proposes a
new matrix as a defining element or grid, giving rise to a succession of paved surfaces alternating with strips of new vegetation
in varying lengths. The only exceptions to break the regularity of this mesh are the pre-existing elements such as the routes in
the direction of the “Sassi” neighbourhood and five “clearings” i.e. areas with different densities that change according to size
and function.

The new arrangement of the green public spaces fits perfectly into the context since they dialogue with the borders defined
by the infrastructure and the different levels through a system of green embankments that vary in thickness and density
along the perimeter.

Here we find the project’s outstanding feature: a shimmering metal roof of 45 m x 35 m supported by columns which generates
a covered square accessible to travellers and residents alike. A large rectangular opening, with an extension of about 440 square
metres creates an interaction between the under- and over-ground sections of the station, introducing fresh air and natural light.